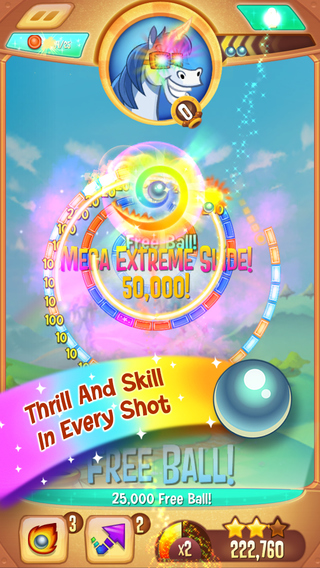 Peggle Blast, the puzzle game developed by PopCap now available for free on the App Store, has recently received a new update.

The new update includes a new character that’s never been featured before in other Peggle games called Buddy the Turtle. Buddy comes with a bucket that can be used to create an explosion if players are able to catch the ball in it.

Peggle Blast is the latest entry of the Peggle series. The gameplay experience of the series has been heavily influenced by pachinko and bagatelle, as players have to shoot a limited number of balls at a field of colored pegs to destroy them and achieve the highest score possible. The gameplay experience is made more varied by the inclusion of special powers triggered by characters known as Peggle Masters.

Peggle Blast is now available for download for free on the App Store. The new update is also available right now for download so make sure to update your game if you haven’t had enough of destroying peggles.