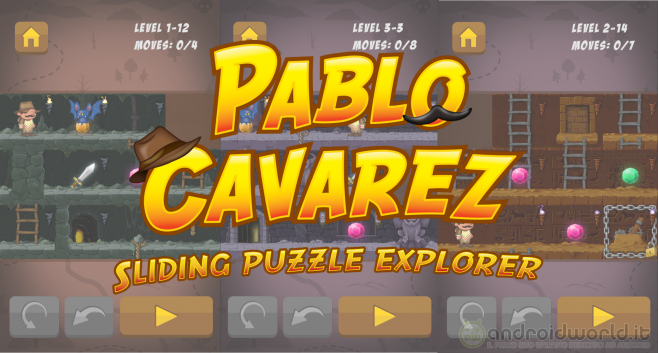 A new puzzle game is now available on the App Store, a game that will require you to slide tiles around in order to explore some really dangerous locations. We’re talking about Pablo Cavarez, the puzzle game developed by BloodyMonkey.

Last week it’s been reported how the team has a really though time finding a publisher for its puzzle game. Apparently all of those that have been approached by the team required some sort of free to play mechanic in order to publish the game. BloodyMonkey didn’t want to alter the game just to comply, leaving Pablo Cavarez effectively without a publisher.

The team didn’t lose heart, however, and decided to self publish the game. Which seemed like the most logical choice to release Pablo Cavarez as the team originally intended, without any sort of free to play mechanic that would ruin the overall balance.

In Pablo Cavarez, gamers will have to slide tiles around so that Pablo can move around the caves, collect treasure, defeat enemies and avoid traps. It’s a nice game that can be played in short bursts and that doesn’t require any big commitment on gamers’ part.