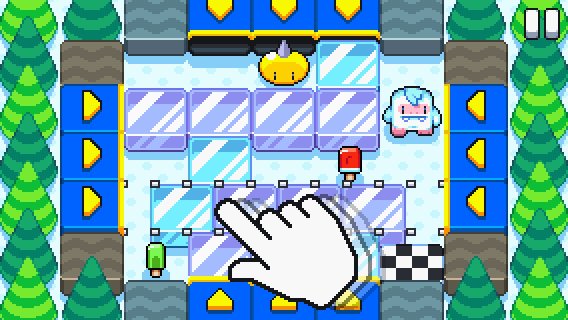 The nice puzzle game Lost Yeti has received a brand new update, which doesn’t really introduce any new contents. Rather, it removes them.

Before starting to panic, keep reading on, as the only thing that’s been removed from the Neutronized Games’ title is the only IAP included in it.

Apparently the IAP has been removed because only seven people actually bought the extra 50 levels skipping item. The fact that the game was also a paid release made Lost Yeti look quite bad in the eyes of gamers all over the world. Considering how many have actually purchased the special item, no one is going to miss the IAP.

Neutronized Games also learned from the Lost Yeti experience and its IAP failure. The team’s next game is going to be a premium game right from the beginning. Gamers hating IAPs will surely appreciate.

Lost Yeti is a really charming puzzle game starring a Yeti who has to go through some mazes, collect all the sweets and then leave them stepping on the flag. Despite the simple gameplay premise, Lost Yeti is quite engaging thanks to the puzzles, mazes and locations variety. It can also get quite challenging at times, something that gamers looking for a challenge surely appreciate.

Lost Yeti is now available for download on the App Store. The game now costs $1.99.