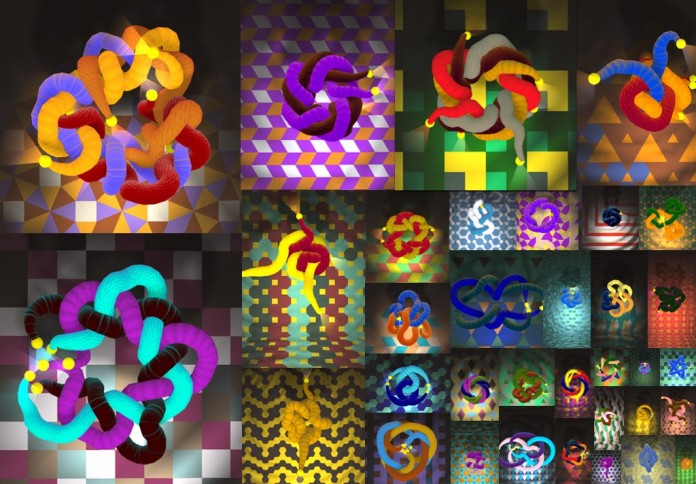 The puzzle game Knotmania will be released on January 26th 2016 so there’s still some time to get prepared for the knots untying experience of the game.

Knotmania is a really interesting puzzle where players will have to untie several different knots that looks like worms and snakes and actually behave like them, as they wiggle and move around. The game’s graphical style is quite colorful and will surely make the experience even more charming. Making the game even more interesting is the fact that levels will be procedurally generated so you will never encounter the same stage twice.

Knotmania will be released on the App Store on January 26th 2016. We will let you know if anything changes as soon as possible so stay tuned for all the latest news on all upcoming iOS games.