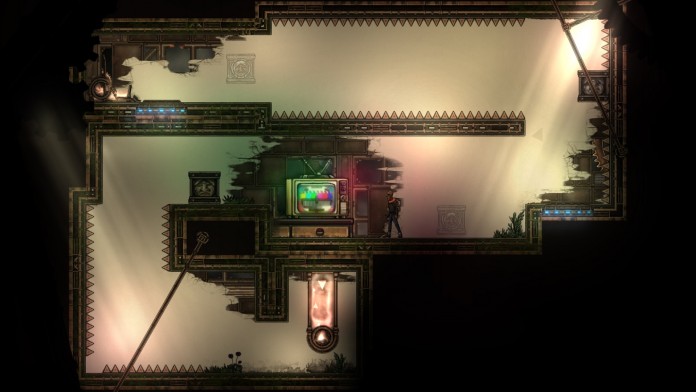 A really interesting puzzle game featuring a unique premise and solid gameplay features is going to be released soon on the App Store, a game that will task players with manipulating gravity to complete stages.

The new game is called In Between and it’s a puzzle platformer feature, as stated above, a unique premise and interesting gameplay features. In the game players will have to complete a variety of stages that have a recurring theme tied around emotions such as denial, anger and more by altering the stages’ gravity, with in turn will manipulate objects and more. As it often is with this type of games, In Between’s first stages will be quite easy so to ease the players into its mechanics, with later stages getting more complicated with the addition of more hazards.

The In Between’s presentation is also going to be one of the game’s more remarkable features which will create a unique atmosphere that will be very hard to forget.

In Between will be released next month on PC and MAC and an iOS version should follow later this year. We will keep you updated on this game as soon as more comes in on it so stay tuned for all the latest news.