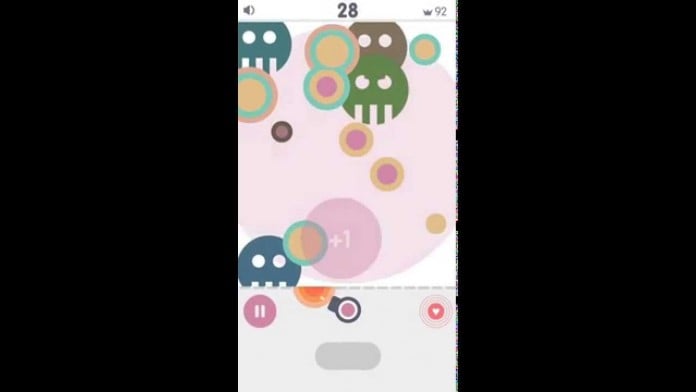 If there’s something the App Store doesn’t lack, it’s puzzle games. Those playing on iOS devices really have a huge choice of puzzle games, ranging from easy games that don’t really challenge players from more difficult ones that can be way more frustrating. A game belonging to the latter category is going to be released soon on the App Store.

In Hue Ball, currently in development by Adam Corey, players will have to control a small cannon placed on the bottom of the screen and shoot colored orbs against a variety of obstacles. These orbs will bounce around the screen when hitting an obstacle, also becoming one when they stop moving. The obstacles also become way bigger when your orbs stop moving, making each shot really important.

Hue Ball seems like a puzzle game that will put players’ skills to the test with a gameplay experience that’s reminiscent of old school puzzle games such as Puzzle Boubble and Tetris. To see if you’re as good as you think you are at puzzle games you won’t have to wait for much longer, as Hue Ball will be made available late this month or early next one on the App Store.