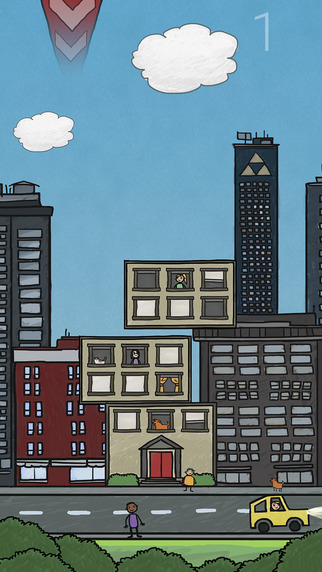 A new simple yet engaging puzzle game is now available on the App Store, a game where players have to try to build the highest building of the world.

High Rise, developed by Adam Nickerson, is a rather simple puzzle game sporting a cute graphical style and simple to understand gameplay experience. In the game, players will have to build the highest building possible by stacking blocks one on top of the other without making the whole structure fall. The blocks are dropped from the top of the screen and it will be up to players to decide where to drop the next block by touching the screen at the right time. The higher the structure becomes, the harder it is to continue building.

There isn’t much else to say about High Rise. The game is rather straightforward so it’s just perfect to play on the go for a few minutes. If you’re curious about High Rise and want to try it out for yourself, you can download it for free right now from the App Store. Those who want to support the developer can also purchase an Ad-free version of the game for $0.99.