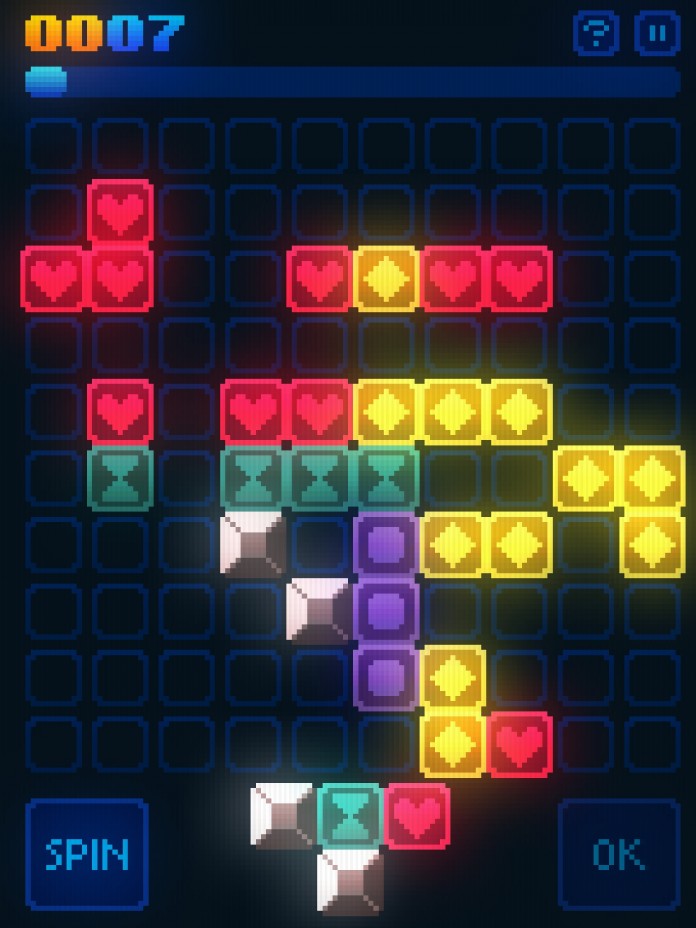 If you’re one of those gamers who love puzzle games, you’ll be happy to know that a really unique new puzzle game has been recently announced and that it will be released next month on the App Store.

GlowGrid, developed by Zut games, is a puzzle game that doesn’t try to hide its main influence, the classic puzzle game Tetris. GlowGrid, however, tries to do things in a very different way, featuring a unique gameplay experience.

Unlike Tetris, where blocks drop down from the top of the screen, in GlowGrid gamers can place their blocks wherever they want on the screen. Blocks come with several different colors and they must be placed together so that all the ones with the same color will disappear from the screen. The catch is that more often than not, you will have to place on the screen some blank blocks which can only be removed by filling up a bar which is, in turn, filled when enough colored blocks are removed from the screen. Filling the bar also means that the level has been cleared, with the next one getting more difficult.

GlowGrid is a really nice puzzle game that twistes the Tetris gameplay experience in a really interesting way. The game will be released next month on the App Store, with the first ten levels becoming available for free. The full game will cost $1.99.