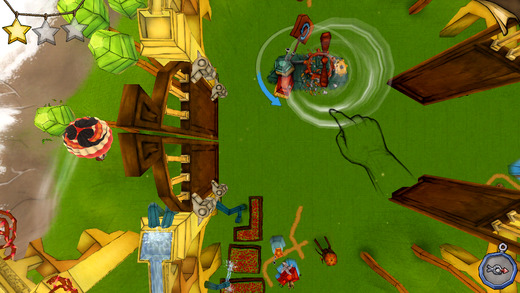 Fans of puzzle games will sure remember DaWindci, a really intriguing puzzle game that included puzzles that could only be solved by creating and controlling wind.

If you have loved this game, you will be more than happy to know that the game has received a new updated version including new mechanics, puzzle and new art style.

DaWindci Deluxe has been improved following feedback from fans who have purchased the original game. One of the new features of the game is the ability to draw the wind in free forms, almost like using finger paint. This has allowed the team to create some really nice puzzles that still retain the same relaxing feel of the original game.

In DaWindci Deluxe you will also be able to draw more than just wind, like hurricanes and lightning, further expanding the gameplay experience of this nice game. Despite the many additions, gamers will still be able to take their time with the game. The relaxed pace is still one of the real trademarks of the game.

DaWindci Deluxe is now available for purchase on the App Store. Make sure to take a look at the game if you’re looking for a really nice puzzle game to play during these hot Summer days.