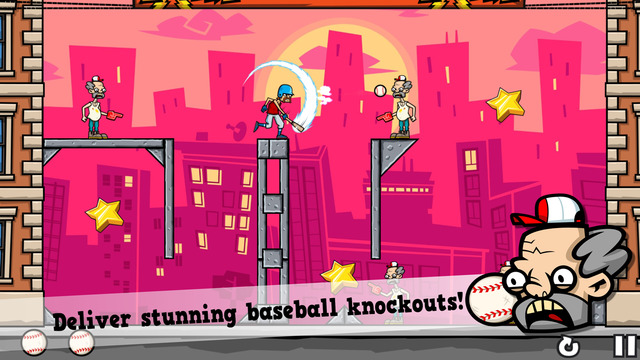 Baseball Riot isn’t all that different from Tennis in the Face. Players will take control of baseball player Gabe Carpaccio as he takes revenge on Explodz Inc., a company which produces some terrible drinks, by shooting baseballs around the screen so that they take out enemies. The first stages are quite easy but things become more complicated later on, forcing players to think hard about possible solutions. With over 100 levels to play through, achievements to unlock and stars to obtain, those playing Baseball Riot will be busy for quite some time.

Baseball Riot is now available for download for free on the App Store. You can learn more about the game by checking out the trailer right below.