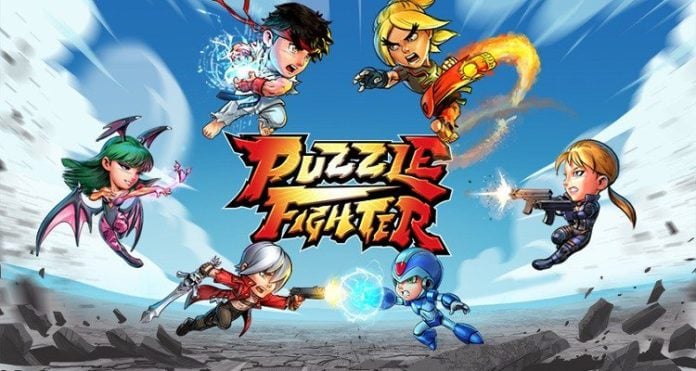 Capcom’s classic puzzling fighting game with a twist graces the mobile platforms in Puzzle Fighter! Choose your fighter from a selection of Capcom’s greatest heroes, including Street Fighter’s Ryu, Mega Man’s X, Dead Rising’s Frank West, and Darkstalkers’ Morrigan! Battle it out with players from all around the world to see who is the best puzzle fighter! Our Puzzle Fighter cheats and tips will start you off with some solid tricks!

It’s a puzzle clash like you’ve never seen it before, and all of your favorite Capcom characters are here! Let’s get started with our Puzzle Fighter cheats, tips and tricks strategy guide!

Tough out your first matches!

When you unlock online fighting for the first time, you might end up having a bit of a rough start. Your first support fighter slot won’t unlock until you’ve played four matches, and they give you quite the upper hand during a fight.

We had the unfortunate time of running into players who already had their support characters ready so we received quite the beat down – but don’t worry if this happens to you. Just tough out your first couple of matches until you can get your support characters!

As you learned in the tutorial, your fighters will do more damage if you crash gems that match the color of their affinity. If you can manage to build a big block of gems to unleash a special move while matching the affinity color, you’ll do awesome damage! This can get a little tricky as you’ve probably guessed, but a good way to track it is to build two blocks.

You don’t have enough space on the board to build 2×2 blocks of every color. Well, technically you do, but good luck doing so without making a complete mess of your board! A good trick we’ve discovered is to have two blocks at once on both sides of your board. Build a block of any color on one side and save the other side for your affinity color.

Jumping off of that tip – you should always be coming at your opponent with at least 2×2 blocks. Every fighter has their own special moves that activate, but a lot of them share their default special move as the 2×2 block formation. Try not to use too many crash orbs on random, scattered gems. You want to hit your opponent with the big guns, so always try to be building a big block.

If you can combo crash orbs off of each other, you’ll unleash a huge attack that deals massive damage! This is, of course, very tricky to pull off however, and sometimes isn’t even worth attempting, as it’ll muck up your board and easily lose you the game if you mess up even in the slightest bit.

The trick is to separate crash orbs by a color you’re already matching. For example, say you have a block of yellow gems ready to be crashed. Instead of going directly for it, build a block of blue gems right on top of it. When you get a yellow crash orb, place it on top of the blue block, then use a blue crash orb.

When the blue blocks are destroyed, the yellow crash orb you left before will fall onto the yellow gems. This is just one simple combo, but there are bunch of different ways to pull off combos, so always look for possible combos!

That’s all for Puzzle Fighter! If you have any other tips or tricks to share, let us know in the comments below!