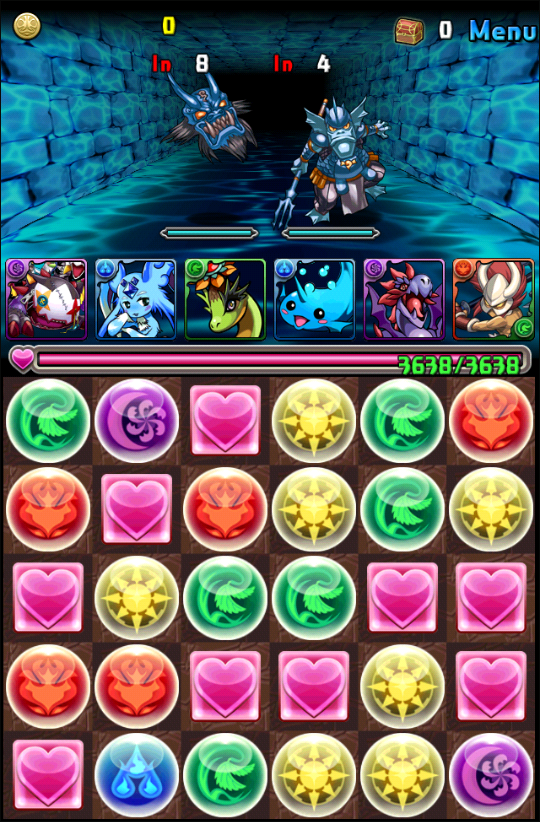 Puzzle & Dragons is probably one of the most successful iOS releases of the year. And for all the good reasons, as the game’s unique gameplay formula blends together gameplay elements from different genres like puzzle games, dungeon crawlers, monster raising games and more.

While the game may look all cute from the outside, the game offers more than what can be seen on the surface. If you want to survive the dungeons of the game, you will have to pay attention to quite a few things.

And this is where we come in. We are going to share some small tips that will help you survive the dangers that lurk around every corner of the Puzzle And Dragons Dungeons.

During the first hours of the game, when you’re still getting used to the game mechanics, you will probably make quite a few mistakes, trying to move the orbs as soon as you can. This is a mistake that you will have to stop doing as uoi move along the game. There’s no time limit when moving orbs and trying to get more than three orbs at the same time is really important for different reasons. As you know, monsters will attack you after a certain number of turns. You can avoid getting attacked by matching five or more orbs to unleash a Mass Attack. Keep this in mind when there are lots of enemies.

When upgrading monsters, another mistake newcomers make is that they level up their power while neglecting other stats. While having a good power level is nice and all, you have to survive the dungeons. For this reason, it’s best to focus on on RCV and HP so that you will be able to get through the thoughest dungeons. You may still fail, but chances that you will make it out of there alive will be higher.

Getting inside half stamina dungeons is quite useful for getting more money, EVO material and Rank Up opportunities. Try to hit these dungeons as soon as possble so that the extra resources obtained will make it easier to complete harder dungeons.

Metal and Gold Dragons are probably the worst enemies you can encounter. They’re really though and if fought without a good strategy, they will defeat you easily. While there isn’t a really safe way to win, you may want to use poison attacks against them and focus on surviving. While doing this, the poison will lower the enemies’ health, increasing your success chances.

Puzzle & Dragons is now available for download on the App Store.