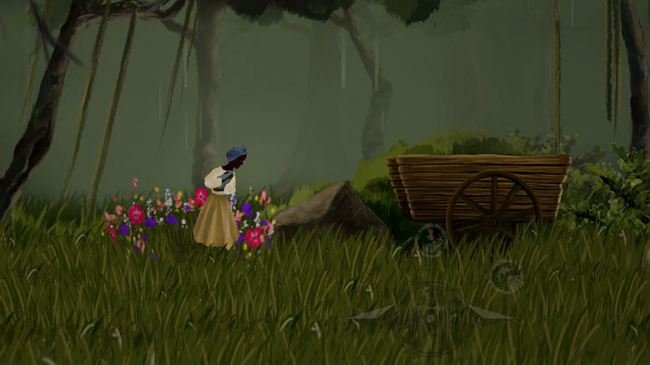 Upcoming iOS side-scroller puzzle game Thralled features a damsel in distress but not the kind you may be used to.

Thralled takes place in the 1700’s and focuses on the journey of Isaura, a young African slave who manages to escape from the Brazilian plantation where she works along with her baby. Players must guide Isaura through various environments and solve puzzles along the way, some of which involve having to purposefully put her baby in danger in order to do so, as she desperately tries to outpace her pursuers which are represented as an ominous shadow.

The game is currently in development by a small team of designers, artists, animators, and engineers which is helmed by recent USC graduate Miguel Oliveira. The team’s various talents are essential in helping to convey Isaura’s plight since the game doesn’t feature any dialogue, instead relying on various visual cues and sound effects to help convey Isaura’s desperation.

The sound of Isaura’s baby crying is one such sound effect that constantly haunts the player and really makes the impact of Isaura’s desperation hit home. In various interviews, Oliveira explains that his overall goal with Thralled is to really highlight how much of an issue slavery is even today, despite the game’s 1700’s setting: “Our mission is to do some good and Thralled is an explicit attempt to draw attention to modern slavery. Media has the power to highlight these topics which can be very hard to relate to, based on our own experiences.”

Thralled is currently still in development with no set release date as of this time. For more information on the game, you can visit the official website and check out the trailer below.