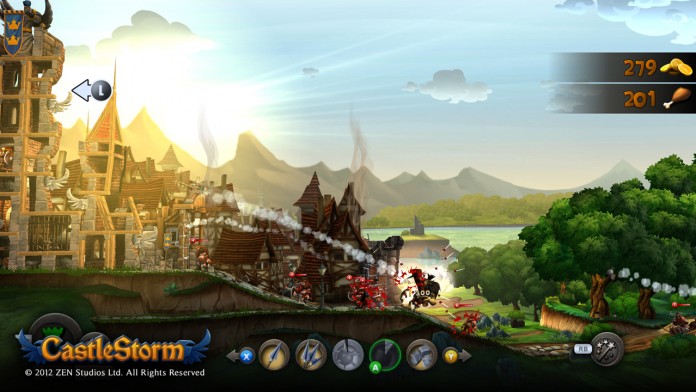 Zen Studios has confirmed today that one of its PlayStation Vita games is going to be released soon on the App Store.

We’re talking about the unique game CastleStorm, which combines elements from several different games to create a unique experience.

The best thing about this announcement is that the game is going to be a free to play title and almost all the contents of the PlayStation Vita version of the game will be included, like four full campaigns and the Castle Editor, which allows gamers to create their own custom stages.

CastleStorm combines elements from Angry Birds and tower defense games in a really interesting way. The game also does an incredible job at easing the players in its gameplay mechanics, allowing everyone to understand the mechanics easily. Together with defending from the enemy assault, you will also be able to build your castle and improve your special abilities, place you rooms strategically and more. At the same time, taking down the enemy castle with the Angry Birds-like shooting mechanics will allow gamers to obtain a sound advantage over the enemy. The included multiplayer mode and the Castle Editor mode also manage to increase the overall quality of the game.

CastleStorm will launch on iOS sometime during Spring.