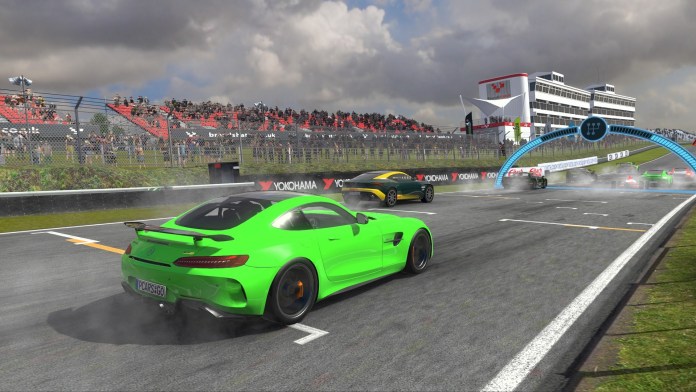 If you are a fan of racing games, there’s a very good chance you have heard about Project Cars, a great racing game series that has been going strong for a few years on PC and consoles. The series is set to make its debut on iOS and Android with Project Cars GO, and it seems like the game has finally gotten close to its release date.

From today, it has become possible to pre-order Project Cars GO from the App Store in all regions. Android users can also show their interest in the game by pre-registering on the Google Play Store. The listing doesn’t seem to be available in all regions, but this is sure to change in the near future, if the game is indeed releasing on March 23 as the new store pages say.

Project Cars GO has been in development for some time, but it was only with the release of the beta that we have learned how the game will play. Unofrtunately, some of the complexity seen in the PC and console games will be gone, but Project Cars GO will still have a lot to offer, like customization, tuning, different classes and more.

Project Cars GO launches on a yet to be confirmed date on iOS and Android globally.