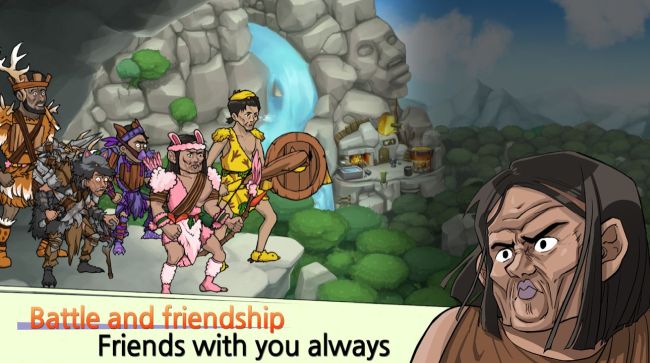 In today’s article we will take a look at some of the best Primitive Brothers tips and cheats to help you get started and to become the real deal in terms of power. There are so many fun characteristics to this game, and if you’ve been playing it for a while, then you know exactly what I am talking about.

You get to build your own village, buy a partner (yes, buy a partner), and become stronger at punching various enemies, from human size bacteria, to dinosaurs and more. If you are trying to get to the top of the chain in terms of power, then you are in the right place.

Therefore, let’s not waste another moment and take a look at all the best Primitive Brothers tips and strategies to help you get stronger fast!

Start by leveling up the character as much as you can

Each time you level up your character (or brother, as the game calls it) he will get increased stats, thus making him a lot stronger. I suggest that you invest all of your starter income on this, because it’s going to be super helpful in the long run.

You should focus on leveling up your character up to the level that he can 1-shot the enemies. I know, it might be quite a lot and expensive, but that’s the best way to keep up with the ever-increasing strength of the enemies you will face.

At the beginning, having the ability to one-shot the enemies will be super helpful, because it will help you pass a lot of stages, and thus let you get more income. Later on, you will be faced with stronger opponents, so having a high BP will be crucial.

If you are not sure how to check the BP that each boss requires, then check in the top right corner of the screen. Where you will see a small “i”, tap on it. It will give you details on the mob you’re fighting and the recommended CP for it.

Gear up and increase your BP further

You will be able to boost your BP not just through leveling up your character, but also by acquiring gear pieces, equipping them and upgrading them. The gear will not be available right away, but only after you’ve passed several stages. Don’t worry though, if you constantly boost your character, you won’t need them (yet).

Make sure that you equip all the gear that you can every time you unlock a better one, because it’s going to make a huge difference. The same goes for the hut and tower. All of these features will slowly add to your CP, making you stronger step by step.

Upgrade the Turret for passive farming

While you are not actively playing the game (tapping to kill enemies) you can still do plenty of damage and gain currency by having a Turret. The Turret will attack the enemies for you, and ideally you want to level it up and upgrade it as much as you can. You never want to leave this for last, because it will fight enemies even while you are offline.

Make sure that you upgrade it to deal enough damage to the enemies – you will see the amount of damage your towers deal by tapping on the Turret option in the bottom side of the screen, and in the info tab you’ll see it.

I like to keep the Turret at around double the level that my character is, because that feels like the right amount of damage that it does to the enemies. Keep in mind that the tower can also be upgraded, just like the character and hut, so don’t forget to make all the upgrades possible whenever you get the items.

Battle bosses to increase the maximum level you can farm at

Every time you can, make sure you battle the stage bosses to increase the maximum level you can farm at. The bosses will give increasingly more currency the higher the stage, so it’s definitely something you should not overlook.

There is also an option that lets you automatically fight bosses called Thor’s Might, but these are not permanently available. The Thor’s Might refills over time, or you can watch an advertisement to refill them instantly. Oh, and the bosses have a required minimum BP in order to deal any damage, so make sure that you have at least the amount of BP recommended before you try.

Keep an eye on your Civilization Progress

In the top left corner of the screen you will see a meter that will fill up over time, as you keep making upgrades to your character, turret and hut. Make sure that you always upgrade this each time you can, because it’s going to unlock more upgrades and greatly increase your BP.

You can see the requirements for the upgrades in the bottom right corner once you open it, so try to allocate your funds accordingly.

Invest your Diamonds in various chests

There are 4 types of chests that you can purchase, and I would suggest that you spend all of your Diamonds on them. They can give you gear pieces, hut pieces, and much more, and you can batch purchase them. At the beginning it’s going to make a huge difference in terms of power, so I strongly suggest you go ahead and buy the Turret chests first.

Keep in mind that the more chests you purchase, the higher the rewards you will get from them. Chests level up over time, so if you start buying them early, you’ll unlock higher level drops sooner.

If you are new to the game, then you’ll be thrilled to learn that the game features some super amazing redeem codes. Make sure you claim them all, because they’ll give you drops such as chests, totem chests and Diamonds.

These would be all of our Primitive Brothers tips that we’ve got for you at the moment! Do you have any more tips and strategies you’d like to share with fellow players? Leave them down in the comments section below! 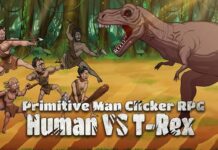