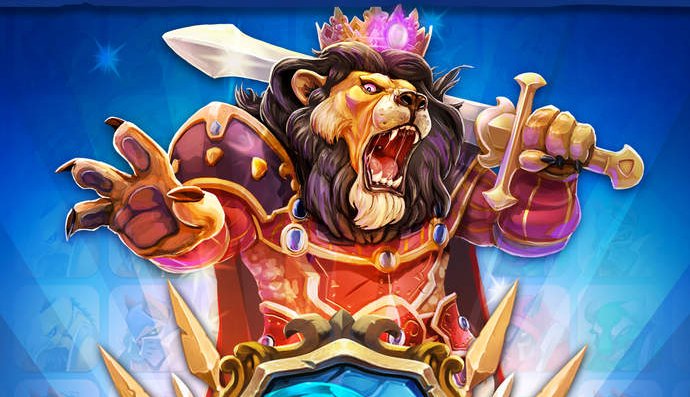 It seems that this is the week of match-three & RPG games as we have a bunch of them launched for iPhone and iPad owners. We started with Saber’s Edge and now we have an equally beautiful and addictive game on our hands, Primal Legends. Just as I said, it mixes RPG with match three elements, but has a lot of heroes to collect and upgrade as well and is extremely fun. And if you want to get better at it, I am here to help with some Primal Legends cheats, tips and strategies.

The truth is that there will be mostly your skill that will matter in the game – and maybe a bit of luck, but everything else is covered in this guide! So let’s not waste a single second and let’s check out below some Primal Legends tips and cheats!

Work on filling the meter of your best heroes
Even though we have four heroes in our squad, some are better than others and you should always focus on filling the meter for the best heroes that you have. But when you do so, have two other things in mind: first, the goals of your mission/battle. For example, if you are in the single player campaign, you might need to destroy a specific target or hero, in which case matching for your favorite hero might not matter as much. Second, if you have two heroes of the same color, it’s usually better to focus on that color no matter what.

Activate your heroes ASAP
There are just few situations when activating your hero as soon as possible doesn’t make sense, so always make sure that you activate them once their meter is filled. Have in mind that if the meter fills up after you have performed your last move, you will have to wait for a new turn to activate your hero.

How to unlock more heroes
Getting new heroes in Primal Legends is not very easy, but there are a few methods to get them:

– buy them from the shop. This can prove to be a very lucrative method, because the price of the common cards is extremely low at first and there are some good common heroes in the game! So always keep an eye on the shop and buy the stuff you need because you can find some real gems there! Alternately, you can purchase special chests for Rubies, but you don’t have any guaranteed drops

– complete single player missions. Every time you complete a new mission in the campaign, you get a chest that can be unlocked once a shorter or longer waiting period is over. The rule here is that the longer you have to wait, the better your rewards, but plan opening the chests ahead as you only have a limited number of slots and you don’t want to get stuck waiting for one to open while your slots are full.

– fight and win in the Arena. This is by far the most fun method as it pits you against other human players. Winning in the Arena gives you a chest and win points and winning five times gives you a great chest. A challenge, indeed, but a good one!

Try getting a same-colored team
Most players seem to want to go for teams that have a Hero from each of the colors on the board, but that’s not really required – on the contrary! I’ve had great success with teams of just two colors or three – it’s all about bringing the best heroes that you have and you’re all set!

As I said, there’s not really a lot I can help you with and it’s your skills that matter the most when playing this game, but hopefully these quick Primal Legends tips and tricks helped you at least a little bit. If you have anything else to share – or maybe questions to ask, don’t hesitate to let us know by commenting below.