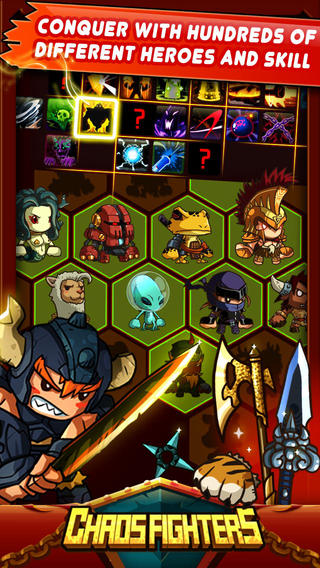 In the attempt to get more gamers to play their games, several developers are offering some nifty bonuses for all those who pre-register. Just a few days ago we have reported that pre-registering for Crytek’s shooter The Collectables will allow gamers to obtain a special characters and unique weapons.

Today another developer, Coco Games, has opened up pre-registration for its upcoming game, encouraging players to register by offering some special in-game items.

Chaos Fighters is a MMORPG with a strong focus on role playing games elements and PvP. As such, it is extremely important to get on the game as soon as possible, as the time advantage will allow you to improve your characters more than other gamers. The extra items, like the Enhancing Amulet, will also allow you to obtain a sound advantage in battles against other gamers who lack it.

As if all this wasn’t enough, you may also receive an iPad Mini for your troubles. A prize draw will be held after the game launches and only those who have pre-registered will be eligibile for the prizes. If this doesn’t motivate you, I do not know what can.

Chaos Fighters will be released later this month on the App Store. We will let you know the exact release date as soon as it becomes available so stay tuned for all the latest updates.