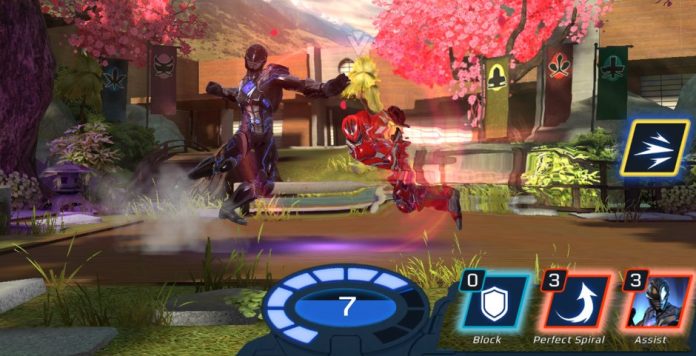 Even though the game itself is not that good and could’ve used some more depth and gameplay elements, it’s still entertaining enough for a while as a time killer. And it gets better when you start winning more battles and unlocking more heroes, so let’s check out below some Power Rangers Legacy Wars tips and tricks to get the most out of the game and be better than the rest!

1. Keep opening the Morph Boxes
Like most games of its kind, this one also gives you the chance to earn goodies – called Morph Boxes – that will help you get more in-game currency and Shards to unlock new Power Rangers. Based on the rarity of the box, they take longer or shorter periods of time to unlock, but make sure that you are always working on unlocking one as you can only do one at a time and you can only hold a maximum of 4 at once.

Plan your opening times smartly in order to get the most out of these boxes: start with the ones that can be opened the fastest during the day when you can log in and play often, then work on the ones that take longer over night or when you anticipate you won’t be able to log in for a longer period of time.

2. Join an Alliance
The main purpose of an Alliance is requesting and donating Ranger shards. So make sure that you join an Alliance ASAP – one that is active and has many members and start working on your Rangers!

3. Keep an eye on the extra boxes
You can start working on unlocking a Corruption Box once every 24 hours and you get a free Mighty Morph Box every 4 hours. Try to take advantage and unlock them as often as possible as they hold great rewards. For opening the Corruption Box, you need to take part in battles and collect enough damage until you can unlock it, but the good news is that even if you lose a battle, you still collect Corruption Box points.

4. Leader and Assist Rangers
As you probably know already, there are two types of Power Rangers in the game:

Leaders: These are the main Rangers that you control directly during battles. Their numbers are fewer than the Assists but they are still varied. Pay attention to the class of your Leader, as Attack ones will get more offensive cards during fights, while Defensive ones will get more shields.

Assist: You can have two assist rangers following you in battle and you will summon them using cards during the fights. They are more varied than the Leaders, but a lot of them are pretty worthless. Have in mind that not only their attack matters, but also their health as it does add to your total health pool.

Getting a balanced team of Leader/Assists is key to victory, as you need Rangers that have both high damage and high health. I personally found it easier to control Defensive Leaders (since they have more health), but you should try and see which one works best for you.

5. Train your Rangers
Leveling Rangers up is a really difficult process that requires a lot of time aka boxes opened. You need to collect the required number of shards in order to be able to upgrade them, but also spend some regular currency. My recommendation is to only upgrade the Rangers you use and focus on them alone as it is nothing but a waste of money to upgrade the crappy Rangers that you will never use in battle (I’m looking at you, Jason Lee Scott!)

6. How to win battles in Power Rangers Legacy Wars
I remember my first few PvP battles in the game when I considered it impossible to play: I kept losing and losing and losing, but eventually I managed to turn things around and went on a 6 match winning spree. So it’s not difficult and you will get better as you play. However, in order to win your fights in the Power Rangers game for mobile, you should have a few quick but important things in mind:

– do some more training battles to get how things really work. Tap the Rangers icon and then the Training button on the bottom. It’s worth doing it, even though there are no other rewards for this

– timing is the most important thing in the game: time your attacks right, time your moves right and make sure that you’re in range to perform them. You usually have a bit of time to see what the opponent has in mind and perform the right counter move if you have the energy and required card. Play a smart game and always try to be one step ahead of your opponent and you will have no problem winning fights easily.

– test multiple leaders. It seems that some have faster attacks than others and you want a fast attack because, if you and your opponent start an attack at the same time, the faster will get the upper hand and cause damage. This is very important!

7. How to unlock more characters in Power Rangers Legacy Wars
It’s not really easy to get more Rangers in the game. The main ways for getting more shards which will eventually unlock new ones for you is to open the Morph Boxes over and over again. You can also check out the store where you can spend coins for purchasing shards, but that gets really expensive really soon (however, it’s worth it for a great hero). Finally, you can ask your Alliance members for more shards. In other words, grind and then grind some more.

This is it for Power Rangers Legacy Wars! If you have other tips and tricks to share with fellow players, don’t hesitate to let us all know by posting a comment below! 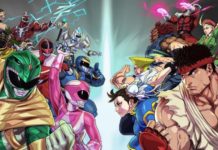