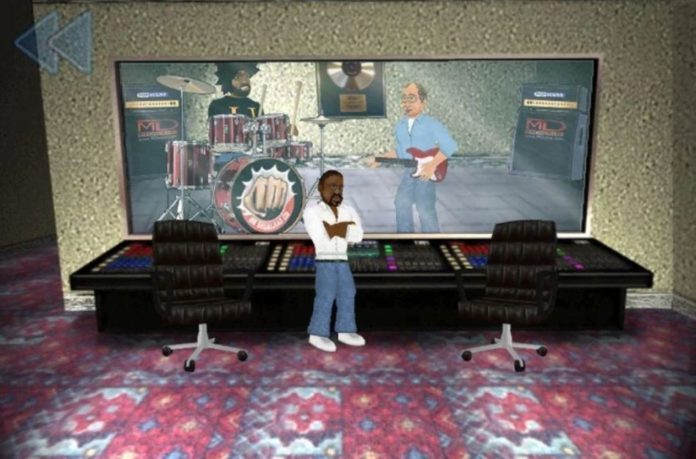 In today’s article we are going to cover all of the Popscene tips and cheats to help you become a better artist and make a name for yourself in the pop scene! (as the name bluntly suggests)

As in all of the games belonging to MDickie, this one makes no exception! It follows the same graphics style, and you can either love it or hate it – nothing will change! We’ve covered a few of MDickie’s games in the past, and here we are again trying to become a pop star in MDickie’s Popscene! Who would have thought?

For a change, this game is indeed pretty different from the others, and way easier to get along with, since it doesn’t have incredibly difficult tasks to perform, and if you know a few of the basic things, I am pretty sure that you could even make it something to look forward to playing every single day! (yeah, I did just say that)

So, are you ready to dive into the wonderful world of MDickie’s Popscene and learn all of the Popscene tips and tricks that we have? Then let’s not waste another second and dive right into them!

You are the star of your own world!

Right when you are starting off in the game you should take your time and have a little fun – customize the character in every way that you like, because you will see that it is going to make the game so much more fun and entertaining!

Take the time necessary and try out various hats, and faces, and just generally have fun with it! You can create something fairly serious, or make a complete weird looking face painted dude and attach a pink guitar to him!

Really, start by exploring all of these possible customizations and then proceed to the next step, because it is a pretty important one!

This next point will cover the points (intended pun)!

The points in the game are basically your skill points, which determine your overall character’s potential and possibilities that they will unlock, more or less. I will cover each and every one of them, so pay attention and try to remember what they mean, because it will be a great deal of help in the long run:

– Popularity (premium starting attribute): This will basically determine how good the artist (or you) are at drawing fans to entertaining content and making a crowd pretty much. It starts at 50.

– Reputation (premium starting attribute): Similar to Popularity, but it draws the fans to artistic content instead. It starts at 50.

– Performance (normal starting attribute): The artist’s ability to perform live entertaining songs and provide entertainment for the crowd. It starts at 50.

– Talent (normal starting attribute): This, much like the Performance, is the ability to perform artistic songs live (unlike entertaining songs for Performance attribute). It starts at 50.

– Production (normal starting attribute): This is the ability to compose entertaining music. It starts

– Writing (normal starting attribute): This is the ability to compose artistic music. It starts at 50.

– Happiness (premium starting attribute): This symbolizes the pleasure the performers currently get from their work. Starts at 75.

– Attitude (premium starting attribute): This indicates how likely the artist is to either contribute or to cause trouble. It starts at 75.

Right when you are starting off in the game you will have 50 points to allocate however you want into the normal starting attributes. I suggest that you put these in the attribute which you want to affect your overall experience firstly.

In my opinion if you go for Performance, you should balance that out with Production (add +25 to Performance and +25 in Production). If you go for the artistry side, then Talent and Writing should be both balanced out.

One other super good way to go about your skills is by adding 25 points in Writing and 25 points in Production. These will let you compose a pretty decent first song, and thus set you on the right path to success (this is what I actually went for, and turned out pretty good).

Of course, you can try allocating the points however you want, but I think that this is the most efficient way!

The band cannot be missing from the pop scene, right? Of course not! So you should consider forming a band with all the best stars in the industry! You can start recruiting members which will have pretty high stats which balance your own (for example if you have high Performance and Production, you can look for team mates who have high Talent and Writing attributes).

Try recruiting members who will make your band’s overall stats be fairly equal and balanced out, so that you will not be lacking on any side and start creating good tracks which will set you on the path of success.

The big names in the industry will sometimes pop up and ask you to work with them! Now there is no reason to decline, since you are an artist looking to work in the industry, right? Well then, go ahead and accept the offer!

Try accepting every offer that gets put in front of you from the very start, because even if they are not the best of the best, they are still good enough for you to make some decent cash and raise in popularity and stats.

Be careful though! If you are signing with another label while still under contract with your current / old one, you might get sued and that will mean a huge loss of money. So while I really suggest that you sign with every label that asks you for it, be careful not to overdo it and lose all your funds! A contract is still a contract – respect it (because it seems MDickie has no mercy).

Choose your own songs

Have you thought about using your favorite artist’s songs as though you would sing them? Or maybe your very own songs? Well, if you have a few nice MP3 songs on your device, you might want to use them as your band’s songs in Popscene!

You will need access to your device’s music app, so if you want to have some very unique and fun albums, then definitely do this – you will enjoy the game even more if you use your favorite music!

Random is casual in Popscene

In the game there are some of the most weird, random and unexpected things – like in most of MDickie’s games (amirite?). You might get dissed or sued, and for no apparent reason. Well, these things happen, and you should start getting used to them sooner or later.

You can see all of the random events that are happening in game every week in interesting “news headlines” that pop up. These might also give you info about various artists whose contracts are about to end, so you can use this information to try and propose a better offer to them!

But back to the diss tracks and lawsuits – these will happen, and they might depict some of your overall stats, but that is exactly why you should keep going to shows, keeping busy and not really caring about them, because they are out of your control. Even if your stats get lowered a little bit, you can raise them back up by working harder and harder.

Use the concerts and shows to your advantage

When you have to attend, or rather perform at concerts, you will be asked to sing a certain number of songs to the audience. If you have multiple songs released, try using the ones which are the most highly rated, so that your concert will be super successful.

It might work using the less-rated songs, but in most cases it will be a complete disaster. When your concert or show does well, the financial status of it will reflect in the money you make. Usually this is what should be your main target. You will need a lot of funds to sustain your band – paying new and old contracts, signing new artists and so on.

If you receive various tasks, such as improving certain stats by week X or firing a certain band mate, then you should definitely do the tasks because they will be another good source of money. These tasks will often reward you for completing what they ask you to do, so it’s good to keep that in mind!

The order of work should be, of course, singles before albums! Whenever you have completed a new song, you should release it so that it can get some reviews and hopefully become a top song!

Another thing which you should do is release albums! Do no rush with releasing albums, unless you want to be trolled by the media and receive negative reviews! I suggest that before you release an album, you take your time and release at least 7 or 8 singles, so that you can have a successful release.

If the album has less songs, it might be quite poorly viewed, and your stats will start dropping. We are trying to avoid this, so make sure that you work hard in creating an album!

How to retire in Popscene?

If you already recorded plenty of albums, lived your artist life to the fullest, you can say that you are safe to retire! All you have to do is wait. Age is something that happens in reality, as well as in game, so you can wait until the age of your character is high enough, so that they can retire!

Of course, if you want the more hands-on approach, you can just start a new character and get started with everything from the very beginning!

These would be all the Popscene tips and tricks that we have for you right now! Do you know some more useful tips that you want to share with the rest of us? Leave them down in the comments section below! 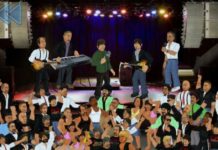