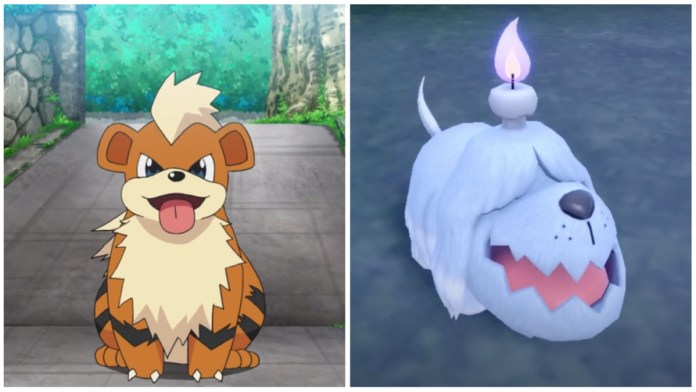 Canines have always been a staple of the Pokemon franchise from the beginning. Due to the evergreen popularity of characters like Growlithe and Houndoom, there’s rarely a generation that doesn’t have at least one Good Boy. Most of the time, they are met with a positive reception, like the reaction to Yamper of the Galar region. Even Furfrou, while a bit more elitist and less eager to please, was well-liked for its ability to change appearance.

If you are a lover of the pooches of Pokemon, there is good news for you, the Paldea region has six different canine groups available in the game for you. This is all Dog Pokemon in Pokemon Scarlet and Violet, listed.

These three were brought in from previous games, having made their debut in Generations 1, 2, and 7. Rockruff in particular is special because it has three different forms and which one it will become depends on what time of the day you evolve it and its ability. Growlithe evolves into Arcanine with a Fire Stone, and Houndour evolves into Houndoom at level 24.

Growlithe’s loyalty often makes it a popular choice for being a police dog, as shown many times when it was the partner of Officer Jenny in the anime. Houndour was one of the first Dark-type Pokemon in the franchise, and while it has shown an aggressive nature on many occasions, there also have been times when it showed it wasn’t evil.

Pokemon Scarlet and Violet introduced three different dog Pokemon to the series, each of which is based on something from Spain’s culture. Maschiff appears to be based on the Spanish Mastiff, large dogs from Spain who are bred to protect flocks of livestock from predators. Maschiff evolves into Mabosstiff at level 30.

Fidough, the adorable bread puppy seems inspired by ensaimada, a popular Spanish pastry. They evolve into Dachsbun at level 26. As for Greavard, it may be based on a Catalan legend about a vampiric dog. They change into Houndstone at level 30 when leveled up at night.

Hopefully, this gave you a newfound appreciation for the dogs of Pokemon, and maybe helped you find a favorite or two!