Home Game Guides What Myth is the Ghost Dog in Pokemon Scarlet and Violet Based... 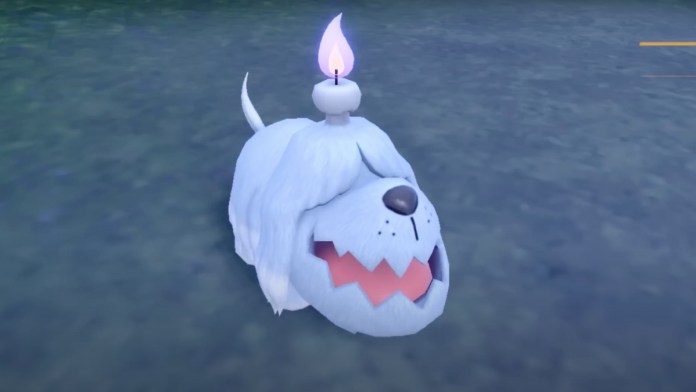 If you’ve been following all the updates of Pokemon Scarlet and Violet, chances are you saw the trailer that revealed Greavard, the ghost dog of the Paldea region. While it may look adorable, you may want to think twice about petting it due to what seems to be its life-draining powers.

Ghost Pokemon always have interesting backstories and this pup is no exception. Humanity’s admiration for mythical creatures can really spark creativity, leading to endless possibilities. Thus, what myth is the ghost dog in Pokemon Scarlet and Violet based on?

Spirit dogs are a familiar tale seen all over Europe, so it was no surprise that a game with a region inspired by Spain has one. The most famous might be the Black Dog of England, ghostly large beasts who are said to roam the British countryside. Seeing one is said to be an omen of death and in many cultures, they are believed to be demons in disguise or even the Devil himself. Black Dogs have supernatural powers and will retaliate if attacked, though not all of them are said to be evil.

A more benevolent version is the Grim, which is a spirit that transforms into the form of a Black Dog that guards graveyards against trespassers. Some Black Dogs will even guide lost people home at night, showing that not all have malevolent tendencies.

How Greavard Went From Frightening To Fluffy

Of course friendly or not, red-eyed giant Black Dogs don’t exactly fit into the cute and fluffy branding of Pokemon. In order to appeal to the masses, Greavard was bound to end up resembling something closer to your typical house pet. Alas, as the trailer showed, you can be dangerous and cute at the same time. In fact, while the Black Dog theory is valid, there is a more specific, more dangerous creature in Spain that matches Greavard’s powers.

The Dip Of Catalan Legends

Known as the Dip, it is a malevolent Black Dog from Catalan mythology who is said to suck the blood of others. They are one of the oldest legends in Spain, having been seen in art back as far as the 1600s. Said to be a spy of the Devil, they drank the blood of cattle and scared night goers with their glowing eyes. While Greavard may not have those, it does have a glowing candle on top of its head. They also have large vampiric-like teeth that could easily sink into your neck. Thus, it appears that Greavard is loosely based on the Dip.

Fortunately, since this is a Pokemon game, you won’t have to worry about Greavard sucking your blood when Pokemon Scarlet and Violet launches on November 18th, where you’ll meet them and others on a new adventure in the Paldea region!

What Myth is the Ghost Dog in Pokemon Scarlet and Violet Based On? – Answered