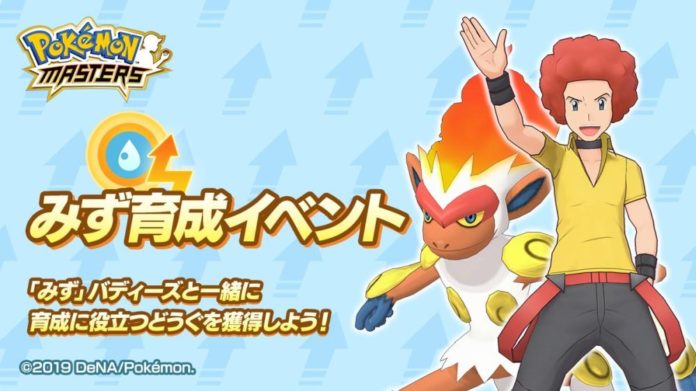 Pokemon Masters is among one of the most popular games on iOS and Android, so it’s not surprising to see how active the developers are, providing new content every few days. Earlier today, some new events have gone live, allowing players to easily improve their Water Pokemon.

The Water-training event is now live worldwide. It features multiple training courses featuring Pokemon weak to Water and a new Sync Pair Scout banner which increases the chances of getting the new Pair, Hilbert and Oshawott. The event will run for around two weeks, ending on October 7th.

Pokemon Masters offers a very interesting spin on the Pokemon formula offering three versus three battles against popular Pokemon trainers who appeared in the mainline games as well as in the anime. Many popular Pokemon are also in, so if you’re a long time fan of the series, Pokemon Masters is a game that will offer you plenty of fun. Multiplayer features also add quite a bit to the experience.

As already mentioned, the game is also getting some heavy support, so there are always new events to participate in, new pairs to unlock and power up and so on. With so much to do, you won’t get bored with Pokemon Masters anytime soon.

Pokemon Masters is now available in all regions on iOS, Android. In case you have just started playing Pokemon Masters, you can check out our many guides which provide some tips on how to get started and strategies for completing events and more.