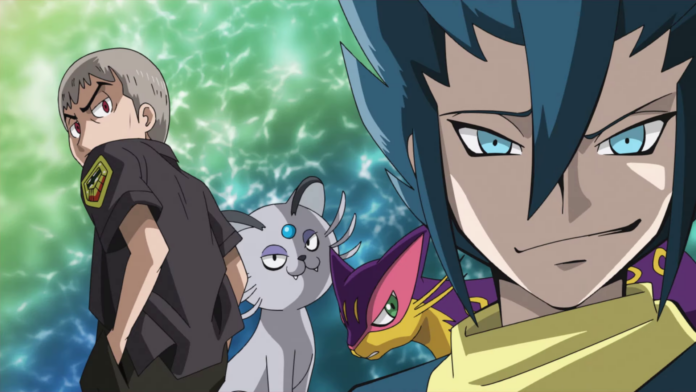 Pokémon Masters is an addicting multiplayer Pokémon game. Players will fight other players in teams of three trainers. As the game progresses, you will catch different Pokémon, as well as receive different Sync Pairs. In this guide, we will tell you about a trainer like Grimsley.

Grimsley is one of the trainers from Elite 4. Many fans are familiar with him from previous games and know that he loves to use Dark-type Pokémon. This trainer has 5 stars, making him very rare, so you can’t just obtain Grimsley during the game. Your only way is to use the Sync Pair Scout system. To do this, go to the Pokémon Center and, by paying 300 gems, you can send scouts in search of him. You can also pay 10 times more to obtain 10 Sync Pairs at a time.

From now until January 18th, you can send Lillie and Lance Seasonal Scout to obtain Grimsley. However, you will have to accumulate a lot of gems, since the chance of obtaining Grimsley is less than 1%.

Another option is to update the New Year’s PokéFair Ticket Scout, which is available until January 23rd. Here, the chance will be 1.6%.

There are three types of Sync Pair of Grimsley: