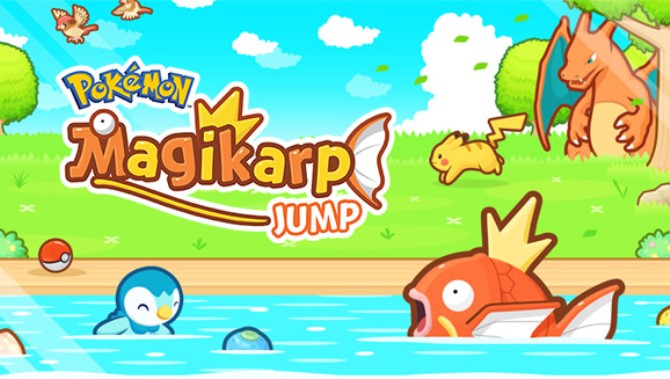 Good news, Pokemon Trainers! Now you too can raise your very own… wait, a Magikarp? But aren’t these guys laughed at everywhere? Well that’s why we don’t battle with them around here – we make them jump! Pokémon: Magikarp Jump is a new mobile spin-off game to the wonderful world of Pokemon.

Instead of going on an epic quest to catch all the pokemon in existence, you’ll be raising Magikarp to be a part of the new sensation Magikarp Jump! How high can your Magikarp jump? We’ll help you train up the ultimate Magikarp with our Pokémon: Magikarp Jump cheats, tips and tricks strategy guide!

Don’t worry if you max out your current Magikarp only for it lose its last league match – it happens! The best thing to take away from a final loss is that your motivation bonus will increase by 10% every time you move up a generation. This means that your future Magikarp will grow that much faster, which makes your job easier in the long run!

Do note that if your Magikarp has an early retirement due to the events where your poor Magikarp gets taken away, you will not receive the motivation bonus.

2. Watch out for the training events!

Sometimes after a long training session, fixed events will occur.

3. Check out the TV for a crucial event!

There’s a TV at the top left corner of your pond, and watching it will take you to the Pokemon Official Youtube channel, with a link straight to the “I Love Magikarp” song. This is a funny video and we recommend watching, but the TV also hides a secret! Tap on the TV, then hit cancel.

Repeat this process until you start to see static in the TV. Repeat the cancelling process again until the static disappears. Then, start training with your Magikarp.

Afterwards you should trigger the “Be Gone!” event in which you and your Magikarp are haunted by a ghost girl. When given the option, be sure to leave the scene. This will increase your Magikarp’s maximum level by one! However, you are only able to do this once, so you may want to save this for a future Magikarp.

4. Max out the two berries!

Thanks to some community research (thanks to the MagikarpJump subreddit!), we’ve discovered that it’s much more efficient to upgrade your two beginning berries instead of unlocking new ones. Every time you upgrade a berry, it increases the amount of JP your Magikarp gets. There’s a big jump once you level the two starting berries to level 25, as they will begin to offer a ton more JP for each berry!

This is ultimately up to you, but you may want to try to keep your rank low. This sounds backwards, but the higher your rank is the harder it becomes to naturally retire your Magikarp. We recommend not attempting any League matches unless your Magikarp is maxed out, at which point it can retire on its next loss.

If you tackle League matches without a maxed out Magikarp, you’ll be able to continue on a loss and you’ll still be earning experience points, possibly making you rank up. However, it is also worth noting that the League-related random events cannot occur if your Magikarp is attempting League matches at maximum level.

That’s all for Pokémon: Magikarp Jump! If you have any other tips or tricks to share, let us know in the comments below!