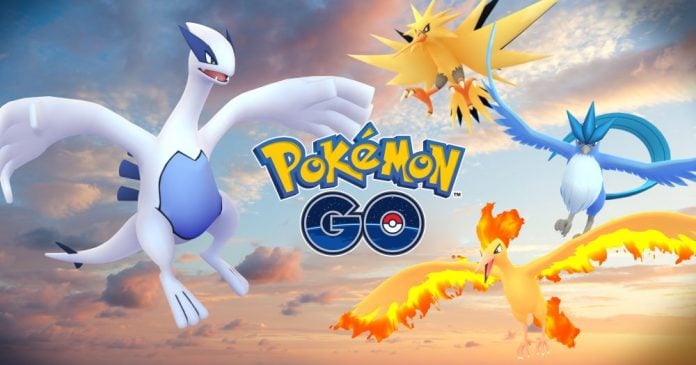 You can finally catch legendary Pokemon in Pokemon Go! Right now, it’s just Aritcuno and Lugia that can be captured by trainers and as one might expect, it’s not an easy task at all. But all that matters is that these pokemon are here and I’m here to share with you everything you need to know if you want to catch them all!

You will have to hurry though since they’re not here to stay – at least not for now!

The legendary Pokemon are being launched during the Pokemon Go Fest and even though it had its fair share of trouble of problems, things can only get better from now on. There’s even an official blog entry on that, explaining everything, including the problems Niantic had with this huge Legendary Pokemon event.

But what probably matters the most for the majority of players is the official info on the details about the upcoming Legendary Pokemon to be released in Pokemon Go:

How to catch your Legendary Pokemon in the game

As you can imagine, capturing these pokemon is not easy. Also, you can only capture them in special Raid Battles which require a Legendary Raid Pass in order to participate.

Once you find the special egg and use your Legendary Raid Pass, you have 48 hours to prepare for the big battle. And it’s really going to be a big battle!

According to various reports online from trainers who have joined forces to battle the legendary Pokemon, they will have CPs of around 40,000. Most likely, you will need groups of 15 or more people to make them easy to capture.

This is definitely bad news if you don’t have many friends playing the game or you live in a very low population areas… but nothing’s perfect in the real world and the same goes for Niantic’s game, unfortunately.

But even after defeating a Legendary Pokemon in fair battle, chances of actually capturing them are extremely low. Some reports suggest that chances are around 2% – 4%, but you can use Golden Razz Berries to increase your chances and you should do so because you will definitely not get many shots at capturing your own legendary in the game.

If you manage to get one, you won’t be able to use it for Gym defense. Fortunately, you will be allowed to use them when attacking other gyms and this basically gives you the ultimate weapon against your opponents.

So catching a legendary Pokemon in Pokemon Go doesn’t give you bragging rights only, it also helps tremendously when it comes to winning all your battles.

Did you manage to capture a legendary pokemon in the game or you’re still trying?