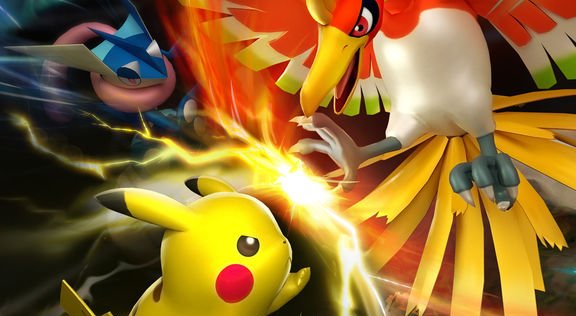 The Pokemon Company had a really nice and completely unexpected surprise for Pokemon fans all over the world: they just launched Pokemon Duel on the App Store and Google Play Store! The game is an amazing board game mixing strategy mechanics with card collecting and the elements we love: tons of Pokemon to play as and send into duels. The game is pretty complex and addictive, so we’ve decided to share with you some Pokemon Duel cheats and tips for a complete strategy guide that will help you get the most out of this game and win your battles easily.

There’s a lot more than just that, so let’s not waste a single second and let’s get better at this game! In other words, let’s check out below some Pokemon Duel tips and tricks to help you get the most out of this surprise release!

2. Play different modes
I know that the versus mode is the most fun of them all and, in the end, the most rewarding, but remember that there are multiple game modes available – even though not really easy to spot early on. Let’s talk about each possible game mode below:

– Quests: Probably the most important after the 1 vs. 1 battles. This gives you the chance to win new Pokemon, gain experience for those used in battle and earn other solid rewards. Access it in the menu (the 6 squares near the Play button) and go through them, completing the requirements as you do an unlocking all the rewards!

– Room Match: Great for challenging specific people – maybe your friends – or testing your strength against much better opponents. Playing this type of games is also required to complete some daily missions, but apart from that there are no real bonuses from playing a Room Match instead of a regular one.

– Training: It doesn’t sound really exciting, but playing Training matches not only helps you better understand how the battle system works and test new strategies, but it will also reward you with goodies, including Gems for completing the requirements for each Training challenge. Easy way to make some quick Gems for free!

3. How to win Duels in the game
This is a strategy board game that seems extremely simple at first but proves to be really complex and interesting in the end. There are multiple strategies that you can use to win your game and you have to adapt them based on what your opponent does, but there are some things that you should always consider and keep in mind and I am listing them below:

– Keep a Pokemon on your play button or at least very close to it. On many, many occasions (especially in the lower leagues) I won battles without a problem by simply guiding my Pokemon on an underlooked Play button. Never make that mistake!

– Use fast Pokemon: I know that Pokemon with 2 moves usually have better stats than those who can move the extra square, but the latter are much better in the game. They offer extra mobility and give you a lot more options when it comes to playing the game.

– Use Pokemon with small miss chances: The smaller the chance of your Pokemon’s attack to miss, the better. A miss automatically takes your Pokemon away from battle. Also, important is to try and have Pokemon that deal a lot of damage and ignore those with special abilities first. My take is that it’s always better to be able to take your opponent’s Pokemon out than to freeze them or whatever

– Flood the board: The more Pokemon you have on the board, the higher your chances to surround those your opponent has played and get them off the board. Also, you have more chances to get to their Play button and win the match. So bring as many Pokemon to the table and try to outnumber and outsmart your opponent.

– Don’t hurry to initiate battles: one important thing about battles is that if you lose one on your turn, you might open up some space for your opponent to move their own Pokemon into an advantageous spot. Therefore my suggestion is to never initiate battle unless you are 100% sure that’s the right move and even more, only if you know that losing that battle won’t give your opponent a huge advantage.

– Use the cards wisely: I must admit that I didn’t pay much attention to cards and tried to win my battles by playing the Pokemon on the board, but they can be extremely useful. Make sure that you know what your cards to, always keep them in mind and use them to get the upper hand in battle. These cards can easily turn the battle in a second!

4. Level up your Pokemon
I wanted to list this in the area above, but I decided to highlight it better here. Leveling your Pokemon up is extremely important because their stats improve when you do so and even more, you can basically reduce the chances for their attacks to miss. This comes extremely handy in the game, so make sure that you always level up your best Pokemon first: there’s no need to waste coins and XP boxes on Pokemon that you won’t use. My suggestion is to get all your Pokemon in the deck to Level 2 first, then work on each other for one level at a time until you reach level 5.

These would be, for now, our tips and tricks for Pokemon Duels. I hope you found them useful! We’ll have more in-depth guides coming soon, but until then, if you have more strategies to share, make sure to write them down in the comment section below! 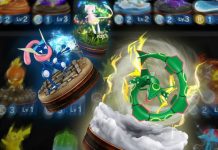 Pokemon Duel: List of All Pokemon Available in the Game 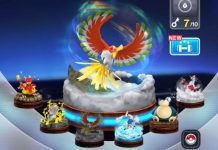 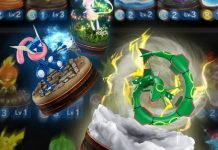 Pokemon Duel Guide: How to Get More Pokemon Fast