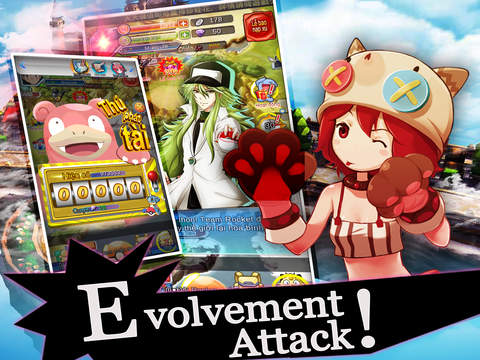 Nintendo is going to release smart devices games soon but it’s highly unlikely that main entries of some its more popular series will be released on the App Store, judging from what has been shown so far. Pokemon fans, however, can enjoy a similar experience thanks to a variety of games which are heavily inspired by the main entries of the popular series. Another one of these Pokemon inspired games has been made available on the App Store recently.

The new Pokemon inspired game is called Pocket Master Saga and it features everything players expect to find in a Pokemon game such as a huge world to explore, over 500 pets, turn based battles and a variety of online features. The game plays pretty much like the main Pokemon games so Pocket Master Saga has the potential to become very big.

Pocket Master Saga is now available on the App Store for free in all regions. The game might not be Pokemon but it’s probably the closer we’ll ever get on the App Store so make sure to check it out if you’re a fan of the popular series.