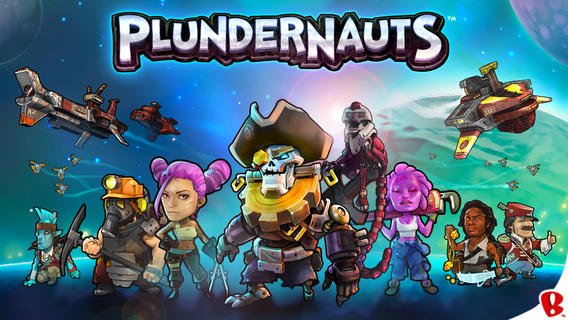 Jump into the world of PlunderNauts, where epic space battles take place in the palm of your hand! Build the best spaceship there is and travel around the galaxy plundering planets for all they’re worth with these PlunderNauts cheats, tips & tricks guide. Iron Beard’s massive treasure stash is still out there somewhere and we’re going to help you find it!

There are a lot of planets to be plundered out there, so we’re going to share some PlunderNauts cheats, tips and tricks to help you get the most out of your epic space adventure.

1. Analyze the situation before jumping in to be prepared!

If you tap on a planet that is under enemy control, there is an “Info” button at the bottom right. If you tap this, you’ll get hints on what to expect when you fly into the planet. If there’s an enemy ship about, you’ll see their level and what kind of weapons they have equipped. This kind of knowledge is very useful so you can change your ship and strategy accordingly if you need to. Don’t forget that planets with shining blue auras have boss battles! The cut scenes that occur before the bosses are helpful sometimes, too. The second boss has cannons mounted all over his sides, but he’s completely barren in the front. Knowing this, I maintained position directly in front of his ship to avoid fire completely. When he would try to turn to face his cannons towards me, I would quickly dart back to his front.

2. Always stay on the move and utilize all of your entire arsenal!

This is the most important thing I picked up on when I started playing PlunderNauts. At the beginning you’ll notice that you have one cannon on your front and one on your right. The key to successful battles is to constantly stay mobile; you will become a harder target to hit and you’ll be using all of your cannons efficiently. For example, in the beginning, you will ideally want to have the enemy ship to the northeast of your ship so that it’s always within range of your front and right cannons. This will allow maximum firepower meaning tons of damage! The very first crew member you get, Veronica Novadash, has a movement speed buff. When you activate her, your ship gains 30% more maneuvering speed for a limited time. Use this as often as you can, as it really helps! It’ll allow you to retreat out of sticky situations, or position yourself strategically faster than the enemy can react. Her cooldown period is very short too, so don’t be afraid to use it when you’re cornered.

Bounties are optional side objectives that when completed give you various rewards. You can check which ones you currently have by tapping the “Bounties” button at the bottom right on the main menu. It’s very important to do these as most of them net you precious Antimatter, which is this game’s version of premium currency. Not only that, but there are daily bounties that change every day and will often reward you with some gold. For example, the one today requires you to forge an uncommon turret, which brings us to our next tip!

After the 7th or so planet, P.O.L.L.Y, your trusted sidekick, will grant you access to the Forge. Here you can combine various materials or old ship parts to create new parts. This is important because this is the only way to get stronger equipment, other than buying them directly from the store. Don’t know what to combine? Don’t worry! If you check a material’s info, it’ll show you what you can combine it with. Also, any other materials you have that lead to possible combinations will light up, while ones that aren’t compatible will be grayed out. Do you feel that your equipment is outdated? Mix them together to see what you get! You might even get an uncommon or rare weapon, so always try it out if you have left over parts you aren’t using.

5. Maintain control of your planets to secure a steady supply of gold!

When you conquer a planet, over time it will produce gold for you. Make sure you check back every now and then on the game to reap your harvest. Be careful though, as planets can be recaptured by the enemy! If you tap on a planet, you’ll see a countdown. This is how much time is left until the planet is attacked again, and if left unchecked, you will lose the planet and your plunder that comes with it! Be vigilant with your planets and defend them from rival pirates at all costs for maximum profit.

6. Keep an eye on the store for new and interesting parts!

If you need to forge new equipment but don’t have any spare materials and/or parts, resort to the store. The store refreshes its inventory every half hour, so if you something you want, don’t hesitate to buy it or else you might miss it! The store also sells uncommon turrets and techmods from time to time, so make sure you always check.

7. Armor up your ship appropriately!

During the tutorial, you’ll learn how to create a Blaster Armor techmod, which reduces damage from Blaster-type turrets. What you do is combine hull plating with two blaster turrets in the forge. It is important to note that you can do this with any weapon type; if you want to create Torpedo Armor, you would combine hull plating with two torpedo turrets. If you’re having trouble with a particular boss that uses only a certain kind of weapon, it’ll be really helpful if you armor up against that kind of attack. You can also level up a ship directly if you combine the ship with “Starship Plans” and “Big Spare Parts” in the forge. This will level the ship up, increasing its maximum health.

8. Pilot your ship with speedy but precise movement, and perform well!

When you’re in the heat of battle, it’s easy to lose control of yourself and end up shuffling your ship all over the place like a complete spaz. Be sure to take some time to get used to the touch controls, as your ship is more responsive than it seems at first. During the later levels, you will start encountering asteroids floating around the level. Colliding with these will do a big number on your ship’s health, so be careful. Also, when you complete a stage, you’re given a bonus amount of gold depending on much health your ship had left at the end of the level. Try not to get damaged too much for some extra cash!

With this, you should be able to tackle the pirates of the space more easily now. If you have any questions or suggestions, comment below, and good luck out there! Iron Beard’s treasure awaits! 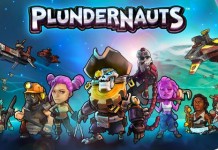 How to beat Plundernauts without spending any money