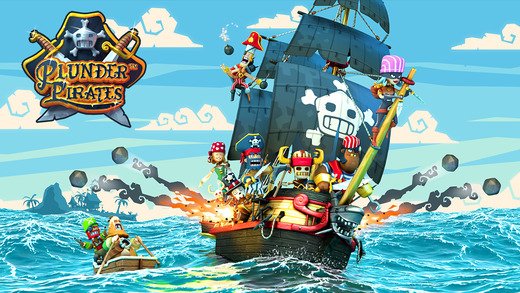 Rovio Stars have launched their own cool version of Clash of Clans, Plunder Pirates. The game brings so many new gameplay elements that it would be unfair to call it a clone – it’s just an amazing game in the same strategy genre, one that’s marvelously designed. However, we’re not here to praise this new title for all its amazingness, but instead we are here to check out some Plunder Pirates cheats and tips for the ultimate strategy guide.

There are a lot of new elements in this great title and I am sure that you’ll put our tips and tricks (aimed mostly for beginners) to great use and create the perfect pirate island. Now let’s get to business and let’s check out below some Plunder Pirates cheats, tips and strategy advice!

Build the second (then third) workers hut
Building up an epic island with just one worker is impossible, so as soon as the tutorial is over spend 100 Gems to purchase the second Builder’s Hut. Then hold on to your gems you collect while playing and spend them on the third hut. Don’t rush production, don’t spend your gems on anything else until you have at least three builders available!

Keep the early protection
Plunder Pirates only gives you 24 hours of protection from other attacks and it would be best to keep it on while you build up your base to a decent size. You have the single player missions and exploring to do anyway, so better stick to that and try to log in as often as possible in order to get the most out of the early protection.

Explore the seas constantly
One nice feature that Plunder Pirates comes with is the exploration of the waters around you and discovering all sorts of great things, islands to attack and other dangers. So do all the exploring that you can do early on and always leave your ship exploring the greater distances when you log out of the game. Here are some extra tips:

– Stick to clear waters. They are the fastest to sail and there are no dangers for your crew. Try to build your routes based on the clear waters around you.
– Collect resources from islands you’ve discovered or conquered. Every now and then, they generate a ton of resources. Get them!
– Attack the ports multiple times: things get more difficult with each new attack, but the rewards increase too
– Choose the route carefully: if along the way, you encounter a ship or other danger, your own ship will automatically go into battle. Make sure that you can win those battles when creating your routes!

Complete the quests
The game starts with some quests for you and you should do your best to complete them, as they are basically a guide for the game and for how you should build up your base, explore and fight. Check them all out (there are three quest categories) and see which are the easiest to complete, then complete them. The ones rewarding you with Gems are great so try focusing on them to get to the third Builder faster! However, make sure that when you collect the rewards – especially the resource ones – you have enough room in your vault for them, otherwise you’ll lose them.

Guide to attacking in Plunder Pirates
Just like all the other similar strategy games, Plunder Pirates also has a nice attacking feature that you should master in order to maximize your gains and minimize your losses. Each pirate has a special characteristic (like the Gunner who is ranged but weak and so on) so make sure you have a strategy based on the strengths of the pirates you have recruited. Also, don’t send all troops in battle if they’re not required to win, because you will lose them and this only means lost resources. Always try to know how much your troops cost before starting an attack.

Base building guide
You might want to surround all your structures with walls, and that is truly understandable, but you just can’t do that. So instead, try to focus on what matters: your resources or the Pirate Hall, depending on what you really want to protect. I would personally go with the resources first, because they are the most important part of your island.

When it comes to building the walls, don’t make the mistake most people do and surround all your buildings with one set of walls. Instead, try to create as many “chambers” as possible to make it really difficult for the enemy troops to get from one building to another. Having a few chambers is much better than a single one, because a single chamber only requires one wall to be destroyed for all the troops to get into your base. So place decoy buildings outside the walls and only keep the buildings that really matter behind walls: your resources, towers and the Pirate Hall.

Another trick that you can and should use to increase the distance troops have to cover before they get to your important buildings is to use decorations to extend the land. Since enemy troops can only be placed on water, having a lot of land for them to cross before they get to your buildings gives your towers more chances to take them out. So place decorations as far away as possible from the main island, but close enough to leave no drop of water available for troops to deploy on.

These are for now our Plunder Pirates tips and tricks for the beginners. We’ll be back soon with even more tips for you, so make sure you check back here regularly! 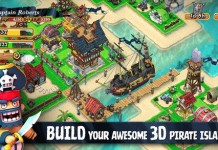 Plunder Pirates Guide: How to Get More Gems