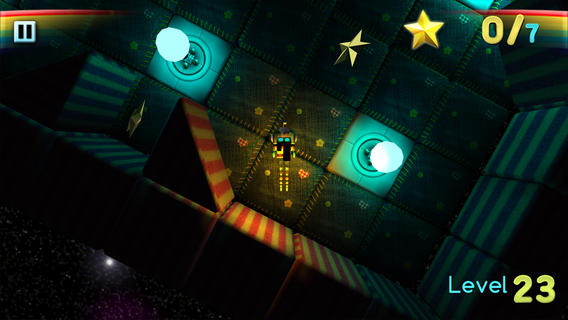 Another interesting platform game is going to become available soon on the App Store, a platform game which also includes a lot of puzzles to spice up the gameplay experience a bit.

Rocket Robo will be released in a few hours on the App Store. The game is basically a sidescrolling 3D platform game where you will be controlling a robot. When trying to complete each stage, you’ll meet a variety of puzzles which will require some thinking on the gamers’ part. Nothing too complicated so don’t worry about puzzles being impossible to complete.

The game’s graphical style has been influenced quite a bit by another successful platform game series, the Sony exclusive series Little Big Planet. Unfortunately all the creative aspects of the series haven’t been included so you’re stuck with what the developers have included in the game. Which should be quite enough, as you will have three different worlds to explore as well, each one with some interesting gameplay mechanics.

Rocket Robo will launch on the App Store in a few hours. The game will cost only $0.99. If you want to learn more about the game, you can check out a gameplay trailer right below. Time to travel to space and restore the stars, folks.