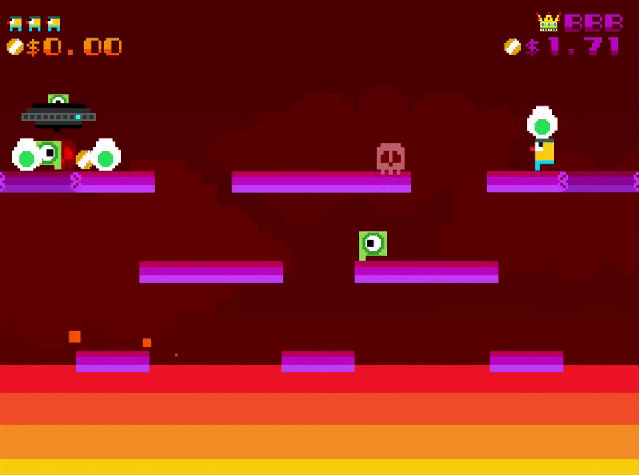 Woah Dave! Deluxe, the new version of the platform game Woah Dave! developed by Choice Provisions and published by Gaijin Games, is now available for purchase on the App Store, allowing iOS players to finally enjoy it.

Woah Dave! Deluxe comes with plenty of features not found in the original game such as two new levels, new boss battles and enemy types, new characters and the ability to ride UFOs and deal some massive damage to enemies. Also added to the game are several new playable characters such as Adoma from Destructamundo, Jr. Melchkin from BIT.TRIP, CommandgirlVideo from BIT.TRIP, Mr. Robotube from Robotube Games, BlokTom from Bloktonic and a hidden character that has yet to be detailed. Also, if you’d like to play the original game without the updates, it’s also possible to do so in Woah Dave! Deluxe by playing the game in Classic Mode.

Woah Dave! Deluxe is just what fans of the original Woah Dave! wanted, introducing some gameplay features that make the game even better than before. If you have loved Woah Dave, don’t waste anymore time and purchase Woah Dave! Deluxe right now on the App Store. You won’t be disappointed.