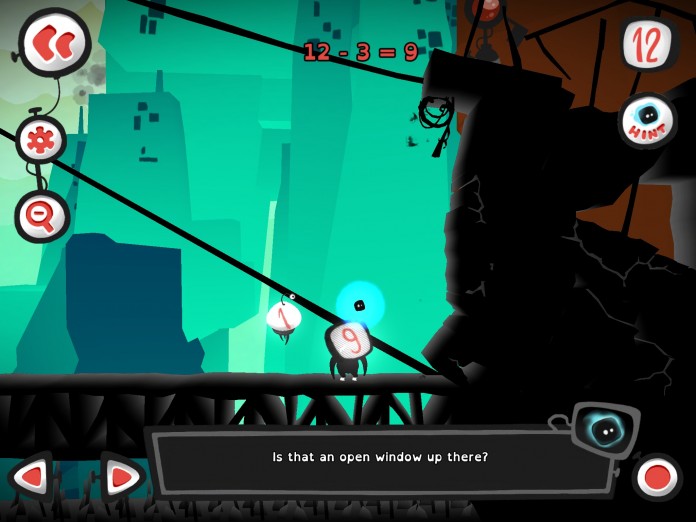 A new unique puzzle/platform game is now available for download on the App Store.

Twelve A Dozen, developed by Bossa Studios, the team behind the unique Surgeon Simulator, is a platform game like any other. In the game players will be controlling Twelve and her companion Dot as they try to travel a mysterious world found inside a calculator.

The game includes plenty of puzzles that have to be solved by changing the number displayed on Twelve’s face. Depending on the numbers and their combination, Twelve will be able to obtain extra strength, a higher jump and so on. However selecting numbers will require the players to have some skills in maths, as they can only be selected through subtractions, multiplications and divisions.

Twelve A Dozen is a game that’s aimed toward a young audience, but there’s enough to keep even older gamers engaged, thanks to the unique mix of platform, adventure and puzzle games.

Twelve A Dozen is now available for purchase on the App Store for the price of $4.99. The game is only available for iPad right now but it may come to iPhone if successful enough. Free DLC pack are already in the works as well.