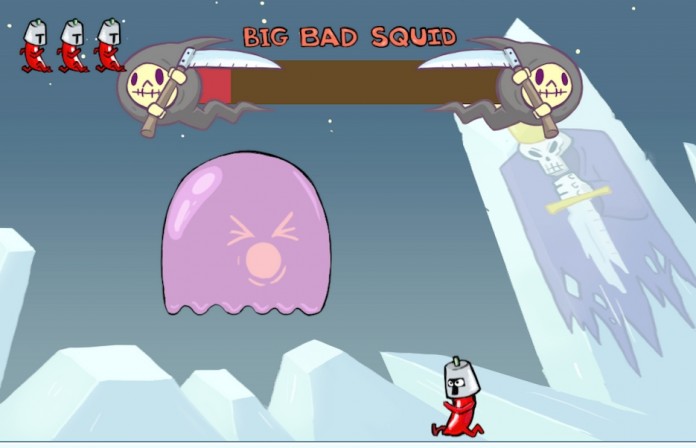 Who’s not afraid of spoilers? Afraid of getting something completely ruined because some smart guy on the internet has to run its mouth off? I know I am and I’m sure a lot of our readers are just like me.

The members of Megafuzz are probably like us as well. Instead of trying to avoid internet fan pages and forums, they have come up with an incredibly original idea for their platform game by actually making the spoiler the first part of their platform game.

Their latest game, appropriately called Spoiler Alert, is played backwards. You’re actually starting at the end of the game and move towards its beginning. For this reason, the game can be a little awkward to play, as the timing for jumps is going to feel off in the first few hours of the game.

Spoiler Alert has a strong puzzle games element since gamers will have to figure out quickly how to undo all the things that have been done before. Even not counting the varied gameplay experience, there’s something about the game that’s simply engaging: the desire to know what happened before the big showdown seen in the beginning of the game.

Spoiler Alert will launch on the App Store on a yet to be revealed date. We’ll let you know about it as soon as it is announced.