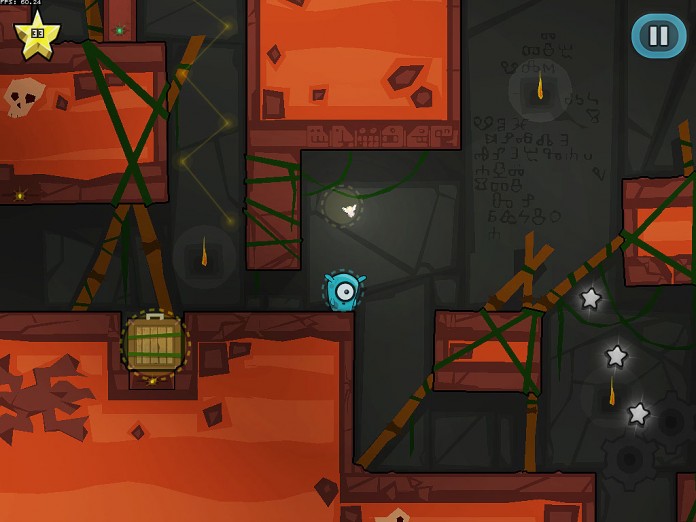 A really nice new platform game is going to be released later this month on the App Store, a game that promises to be a little more complex than the usual endless runner platform games.

Splot, developed by Frozenbyte, stars the titular Splot as he bounces through several stages in order to save baby birds from other bouncing monsters that don’t look that different from our hero.

Splot seems like the perfect way to bring a little more involving platforming experience on iOS devices. While the game is controlled through simple touch controls, the overall gameplay experience is definitely inspired by PC and consoles platform games, with short stages filled with dangers to avoid, secrets to find and more.

Splot will definitely not be lacking in content. The final game will include 56 stages divided into seven worlds and three difficulty settings. As if this wasn’t enough, it will be possible to unlock more characters to use as well as power them up in different ways.

If you’re looking for a more complex platfor game to play on the go, Splot is definitely the right game for you. Look for the Frozenbyte developed game on the App Store from October 23rd.