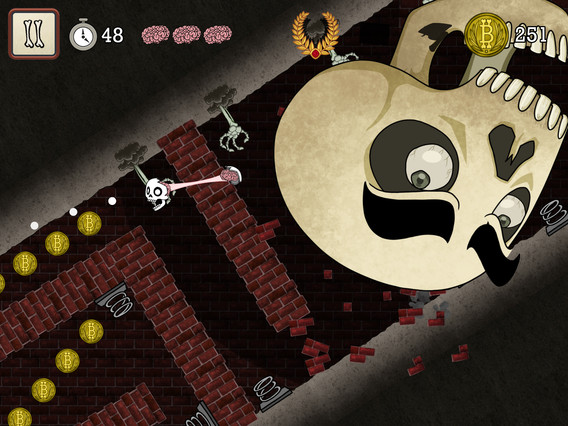 Skullduggery!, the platform game developed by ClutchPlay Games now available on the App Store in all regions, is going to receive a major update next week.

The new update launching on April 16th in all regions will include a brand new world, called Village of the Scammed. The new world will feature new locations, new enemies to defeat, new dangers to avoid and much more. You can check out a teaser for the new world by going at the end of this post.

Skullduggery!, developed by ClutchPlay Games, is a really unique platform game where players have to launch a head around a variety of dungeons. Complementing the unique gameplay mechanic of Skullduggery! is its level design, which is clever and very well done. Early stages will allow players to get acquainted with the controls and basic features while later ones will provide a good challege. Tossed into the mix are several collectible and power ups that will spice the gameplay experience as well as making completionists happy. Even without the side content, there’s enough in the game to make it last quite a while.

Skullduggery! is now available for purchase on the App Store.