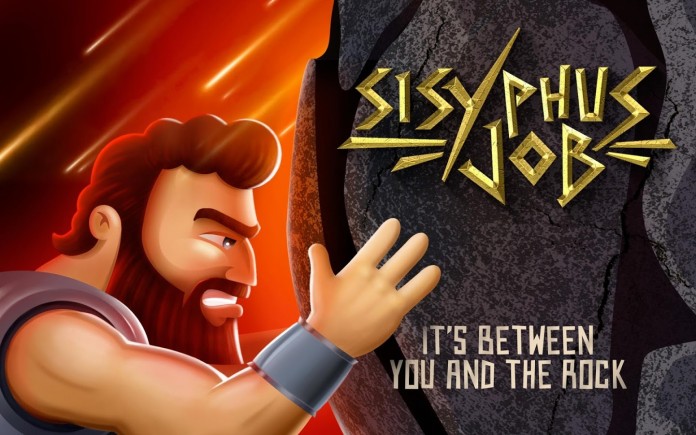 Platform games are among the more popular iOS games and it’s not hard to understand why, as they are just perfect to play on the go. If you’re looking for a new platform game to play on the go featuring interesting features and a uncommon setting, you definitely have to check out Sisyphus Job when it launches later this week on the App Store.

Sisyphus Job comes with an ancient Greek setting, starring the mythological Sisyphus. Sisyphus has defied the Gods and put Death in chains so that humans couldn’t die. Unfortunately, Death eventually manages to get free, going after Sisyphus to punish him for what he has done. After getting captured, Sysyphus had to pay for his actions by pushing a boulder up a mountain. As the boulder rolled down every time Sisyphus reached the top, his is an endless punishment.

In Sisyphus Job, players will have to escape punishment by avoiding a variety of obstacles. As in several other platform games, players will also be able to collect trasure, use a variety of power ups and use the help of a Troy Horse and Catapult. You can learn more about Sisyphus Job by checking out the game’s trailer right below.

Sisyphus Job will be released on the App Store later this week, on September 29th.