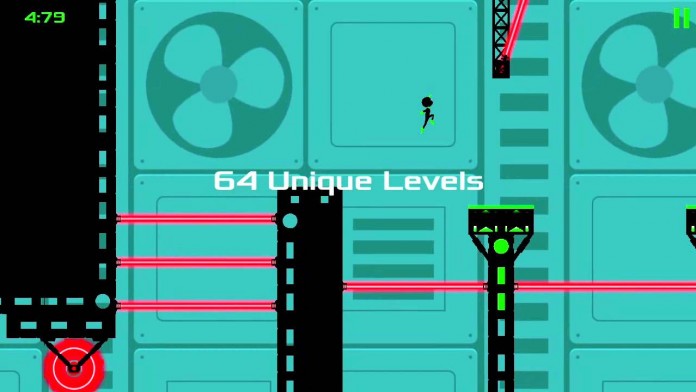 If you’re a fan of the unique platform game Stealth Inc., a platform game with a stealth twist, you will be happy to know that a  new game coming with some similar features will be released soon on the App Store.

The new game is called Simple Spy and it will be released on the App Store in two days, on October 29th. The game comes with more traditional platform games features alongside some interesting mechanics that will spice up the experience considerably such as traps that can be easily recognizable by their color and more. Simple Spy is also going to be packed with content, with over 60 leves and 5 playable characters. If sneaking around is your thing, Simple Spy is a game that can keep you occupied for quite some time. You can learn more about the game by checking out the Simple Spy gameplay trailer right below.

Simple Spy will be released on the App Store on October 29th in all regions for the price of $0.99 No IAPs will be found in the game so you will be able to enjoy everything Simple Spy has to offer without having to invest more money.