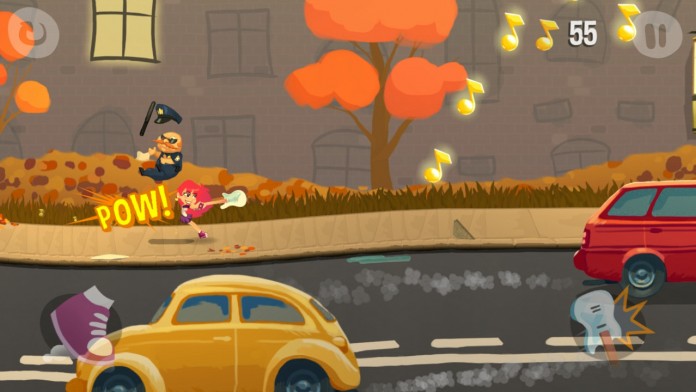 Among the best platform games released on the App Store are Rayman Jungle Run and Rayman Fiesta Run. While the two games don’t exactly play like the consoles and PC most recent Rayman games, they’re still excellent games that combine the popular endless runner formula with some actual level design. If you’re a fan of these games, another platform game heavily inspired by the Ubisoft titles is going to be released in a few days on the App Store.

Run and Rock-It Kristie is a new endless runner game developed by AB Mirage. The game starts the titular Kristie as she tries to reach the location of her gig. During each stage, players will have to time their jumps correctly not only to avoid dangers but also to collect all the musical notes, which seems to work like the Lums in the Rayman Games.

Run and Rock-It Kristie will be released on the App Store on December 5th as a free to play game. The first of the three tours, which include 10 stages, will be available for free while the second and third can be unlocked by purchasing one of the game’s IAPs.