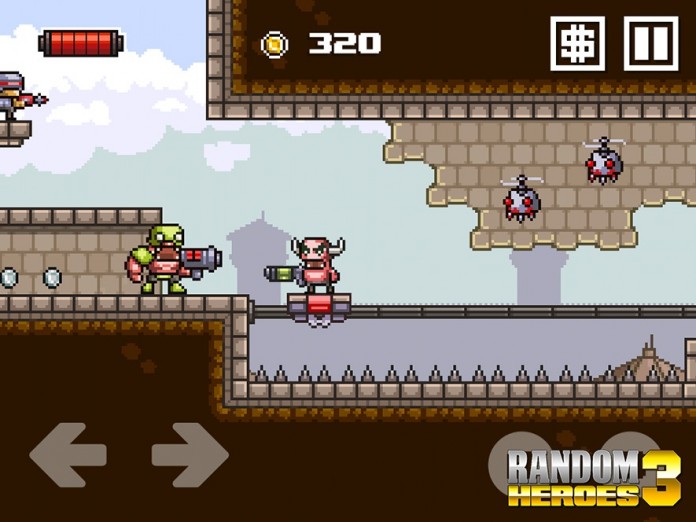 Random Heroes 3, the latest entry of the series developed by Ravenous Games, is going to be released later today on the App Store in all regions, as the game has surfaced a few hours ago on the New Zealand App Store.

Random Heroes 3 is not going to play that differently from the previous entries of the series, featuring a platforming / shooting experience in the vein of classic games from the 16-bit era like the Mega Man series and other similar games. The new game by Ravenous Games is going to feature a higher level of polish when compared to the previous two games.

What Random Heroes 3 is not going to lack is content. Ravenous Games confirmed that the new game will include 75 levels, 25 characters, 25 guns and a lot of secrets to find in each stage that will keep players busy for quite a long time.

Random Heroes 3 will be released on the App Store later today for the price of $0.99. Make sure to check the game out if you’re a fan of classic 16-bit platform games as well as previous entries of the series, as Random Heroes 3 is promising to be one of the best games of the genre launching this year on iOS devices.