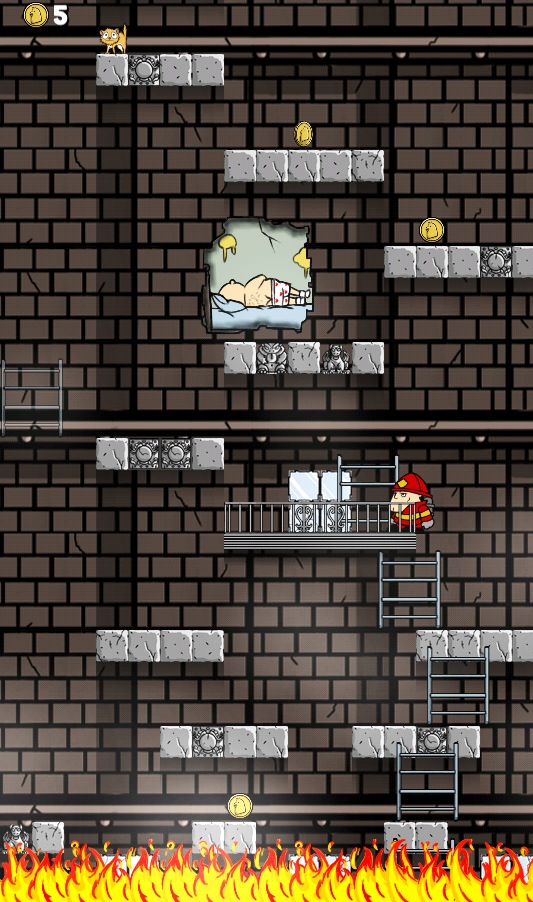 A new endless runner platform game with a unique twist is going to be released soon on the App Store.

The new game is called Pyro Pursuit, developed by Smugbit Studios. As you might have noticed from the game’s name, your main opponent during Pyro Pursuit is going to be fire. Making matters worse is the fact that you don’t have any water to fight it!

The only weapon at your disposal will be a unique cannon that shoots ladders. This is probably the biggest twist the game has on the endless runner formula, as you will not tap to jump or perform other actions but to place ladders to keep moving upwards.

Climbing ladders is not going to be easy business, as you will have to avoid several falling items, traps and more. Despite not really looking like it, Pyro Pursuit is going to feature quite a few variations in its gameplay formula, with kittens to save in certain areas and more.

If you’re looking for an endless runner game that tries to do something different, you better keep an eye on Pyro Pursuit.

Pyro Pursuit is going to be released on the App Store sometime in the near future. We’ll keep you updated on the game’s release date so don’t forget to keep checking out TTP daily for all the latest news.