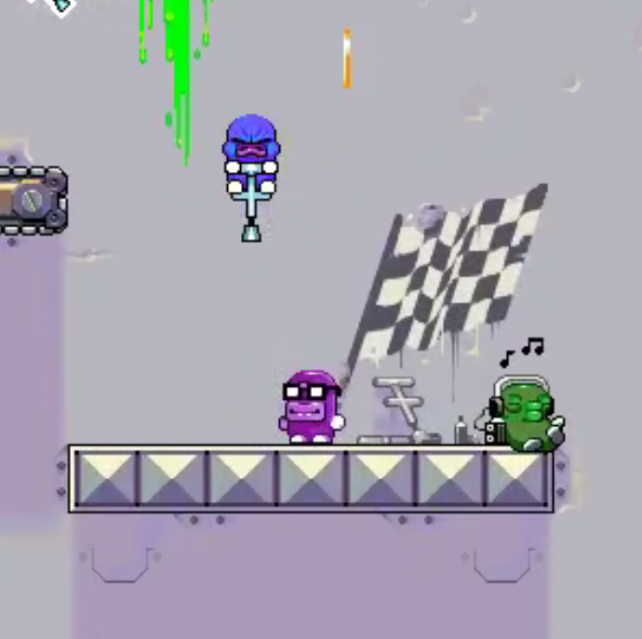 Nitrome is a team that needs no introduction, as it has released some of the more popular iOS games ever. The team is now back with a rather unique platform game coming with some really interesting features.

Right from its premise, Gopogo is a very unusual title. In the game players control the member of a pogo gang who is rebelling against the law which has outbanned pogoing as he tries to climb the top of a mysterious wall. During the climb, players will have to deal with several different types of obstacles and enemies that will make reaching the top no easy task.

Gopogo is a free to play game so players have to deal with limited amount of lives and waiting times. Thankfully the implementation of the free to play mechanics is very well done, as players can play in Endless Mode once they are out of lives to earn more lives which can be used to play the game’s regular mode which features 40 levels. And if all this isn’t enough for you, you will be happy to know that Gopogo comes with a lot of different unlockable characters.

Gopogo is now available for free on the App Store.