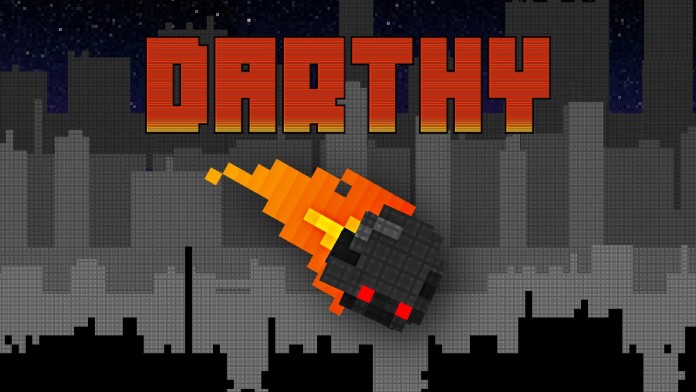 A new platform game is going to be released next week on the App Store, a game featuring an interesting graphical style and solid gameplay features that should make playing it on the go quite enjoyable.

The new game is called Darthy and it’s an auto scrolling platform game where players do have some control on their character, as it’s possible to move around while the stage scrolls. While the basic gameplay experience seems to be no different from that of many other similar titles, Darthy promises to be quite varied thanks to the different hazards included in the game which will require different maneuvers to avoid.

Darthy is going to be available as a free to play title and the included IAPs won’t be required in any way to enjoy the game, as they will allow players to remove ads and skip levels so don’t worry about spending real money just to experience locked content.

Darthy will be released on October 29th on the App Store. We will let you know if anything changes as soon as possible so stay tuned for all the latest news on this upcoming platform game.