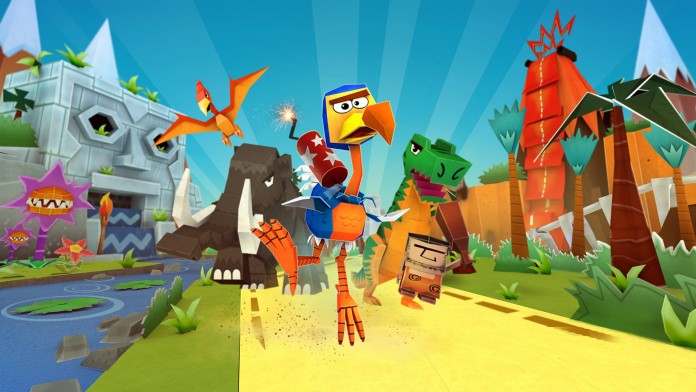 Cartoon Survivor, the nice platform game developed by Spunge Games released a few weeks ago on the App Store, is a really interesting game that comes with a couple issues that prevent it from being one of the best platform games on the App Store. Some of these issues are going to be addressed in a new update which will be released in all regions in just a few days.

The new Cartoon Survivor update, releasing on August 13th, is going to introduce two new control schemes which should make the game much more enjoyable, as the original control scheme left a lot to be desired. Another change that will be introduced by the upcoming update is a different price to unlock levels, which will make the game less grindy. Also, all IAPs will get their price slashed down so you will be able to spend less to unlock single stages and the full game.

In Cartoon Survivor players take control of Doo Doo the Dodo as he travels through a variety of colorful levels filled with enemies and traps. Being an auto runner game, Doo Doo will be running automatically, with players having to steer by tilting their device, jump by touching the screen and glide by holding it down. Even though players are meant to complete stages as quickly as possible, fully exploring stages in Cartoon Survivor allows players to collect trophies, coins and more. These coins can be used to unlock new skins for Doo Doo, new helmets and more.

Cartoon Survivor is now available for download on the App Store.