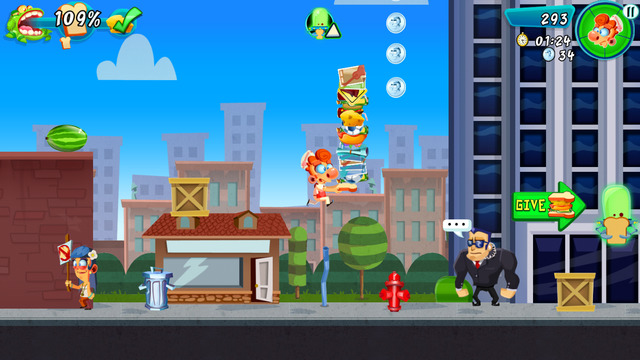 Bring Me Sandwiches, the platform game published by Adult Swim on the App Store, has received a new update which will make the game look better on modern iOS devices.

Another major change introduced by the new update is that the game is now a free to play release. Bring Me Sandwiches is now supported by ads but there are no IAPs to remove them for good.

Bring Me Sandwiches is a really interesting platform game with a colorful graphical style that still looks great today. The game is the first game developed by Grumpyface for Adult Swin is it’s actually a piece of iOS history that can now be enjoyed fully on modern devices.

Bring Me Sandwiches is now available for download on the App Store. The game is going to be available from now on as a free to play game so make sure to check it out if you have never played the game and enjoy playing platform games on the go, you will not be disappointed.