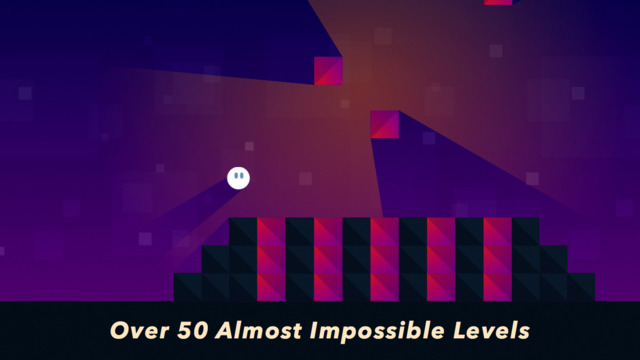 The new game is called Almost Impossible! and features around 50 not so impossible stages where players have to control a bouncing ball and make it reach the end of the stage while avoiding a variety of different red colored hazards. Almost Impossible! isn’t exactly a game that eases players into the experience, as the first stages aren’t exactly easy, and things only get worse as players get further in the game. Just don’t let frustration get to you, the game is, after all, Almost Impossible!

Almost Impossible! is now available for purchase on the App Store for $1.99 in all regions. The game is definitely meant for platform games experts so don’t feel down if you cannot complete stages with a single try, Almost Impossible! often stays true to its name.