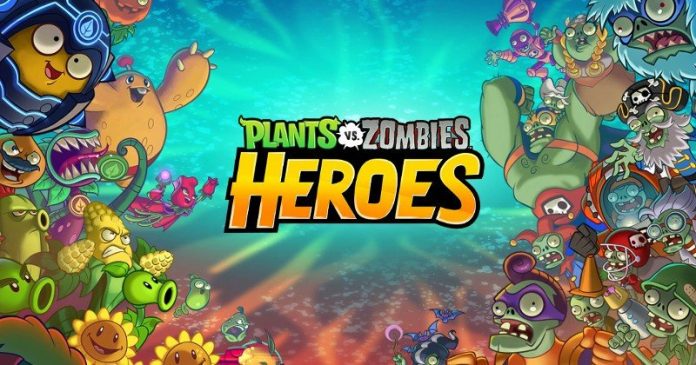 EA and PopCap Games decided to give the CCG genre a try with Plants vs Zombies Heroes. Many fans of the popular tower defense genre will be surprised by this move, but they will also love the new game. At least we did and I am sure we’ll keep on playing it for a long time from now on. If you want to get better at PvZ: Heroes, we’re here to help! We’re here to share with you some Plants vs Zombies Heroes cheats, tips and tricks that will help you get the most out of the game and build a perfect deck. No matter which faction you choose was your main one, we’ve got you covered!

These tips and tricks are mostly aimed at beginner players, but even if you’re a veteran you should still check them out as you might find here something that you didn’t know already. So let’s not waste a single second and let’s check out below some Plants vs Zombies Heroes cheats and tips!

1. Focus on the Quests
There are two types of quests that you can complete in the game: the general Quests and the Hero Quests. Both are extremely important, but the Hero Quests are extremely easy to complete especially early on when you unlock new heroes. So check out their requirements, play as the indicated hero and pile up on those rewards: there’s some easy diamonds to be made by completing the Hero Quests, as the missions are extremely simple!

Also take a look at the general quests and try to complete them as fast as possible too as they will give even better rewards and basically take you through the game. You can sometimes refresh a mission on your list, but I would suggest against it, unless it’s really something you don’t think you’ll be able to complete in a decent amount of time – new missions might be even more difficult!

2. Follow the main story
You can play as the Plants first, then you will unlock the Zombie faction as well and you’ll be allowed to play as them as well. It’s best to follow the main stories for as long as possible before heading to multiplayer battles as you will learn not only how the cards themselves work, but also win resources to buy more card packs and therefore build better decks. There’s usually a wall that you will hit in the single player missions (relatively early too) and that means that you either have to move on and play as the other faction or build a better deck. Either way, resist the urge to jump into versus battles too soon.

3. Which are best – Plants or Zombies?
We’ve discussed this matter on our sister site PvZ Heroes Fans as well, and I will have to agree with the conclusion drawn there as well: even though both factions have really good cards are are balanced, it’s still the Zombies that have the upper hand in my opinion simply because of the tricks that they can play after the opponent has made their move, therefore having the chance to completely change the way the rounds and the game is played. So if you want to focus on a specific faction early on, I would suggest going for the Zombies.

4. How to build a perfect deck in Plants vs Zombies Heroes
It seems that, unlike in other similar CCGs, getting new cards to build your decks is not as simple in PvZ: Heroes. However, you should do your best to unlock as many cards as possible in the game, and in order to do that, you will have to play as much as possible and win as many games as possible in order to get the money required to buy new Card Packs. Open them as soon as you have the money and hope for the best!

Also unlike most games out there, PvZ Heroes is actually very challenging and you won’t go too far using the default decks, so you will have to start building your own sooner rather than later. In order to achieve this, you have to know what cards you have and what are their strengths, but also some trial and error is required. It’s also a lot easier to be able to ace a deck by playing the same faction over and over again, so this is why it’s a good idea to pick a favorite early on and focus on playing them.

Get into the deck editor early by simply tapping the Edit Deck icon from the missions menu, then work on building that perfect deck. The idea is to find a balance between low cost cards and high damage, high cost ones. Rush strategies don’t seem to work that great in PvZ: Heroes and you should always expect longer lasting games, so it’s definitely important to be able to play card in the mid and late stages of the game. A good trick here is to play against real life opponents and see what decks they have and how they play them and get inspired by that.

5. Don’t forget to save Brains for the tricks
This is obviously only for the zombie decks out there, but it’s extremely important: don’t forget to actually save the brains you need for using those tricks in the second stage each turn! I often got carried away and played multiple cards in order to fill all the lanes as fast as possible (which is clearly the key to victory!) and was left out without any brains to use for tricks. Don’t do that!

6. Replay missions
Since there’s a bit of luck involved with each new game you play (as you draw cards and you can draw good ones or bad ones, even after refreshing them), especially when it comes to single player missions, you will find out that simply replaying them can completely change things around. It often happened to me to lose a single player mission so badly that I almost went crazy, just to calm down and replay it and win it without a problem. I am not sure this is a good thing for the game, but it certainly happens – so make sure to replay all battles as things can change completely with a new draw.

These would be, for now, our Plants vs Zombies: Heroes tips and tricks. Do you have anything else to add? Let us know by sharing a comment below!