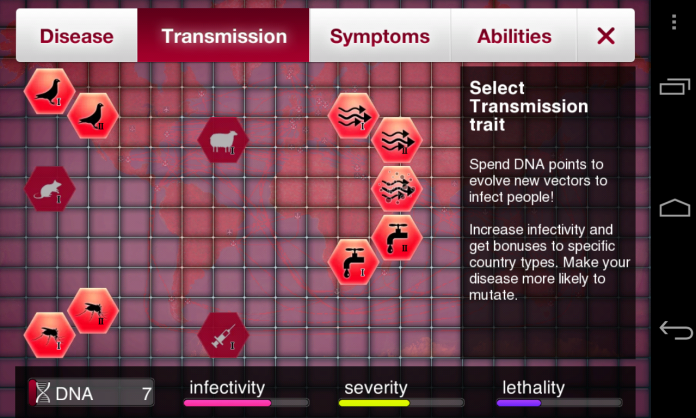 Plague, Inc. is quite a unique game, in an almost scary way. If you thought that stuff like the flu was dangerous, the game might change your perception of sickness forever.

Ndemic Creations is ready to make all gamers change the way they look at different sicknesses even more thanks to an upcoming upgrade to the their game.

Two of the fifteen scenarios will be included for free in the 1.7 update. The other thirteen will be available for purchase for only 99 cents. If you really love the game and would like to experience the extra scenarios without having to spend too much, you’ll also be able to purchase a season pass for 2.99$, allowing you to get all the extra scenarios by spending quite a bit less. More contents will also be released down the line, included in the season pass offer.

Plague, Inc. is now available for download on the App Store. This unique and infectious take on strategy gaming can be played on both iPhone and iPad. You can check out a gameplay video for the game right below: make sure to protect yourself during view.