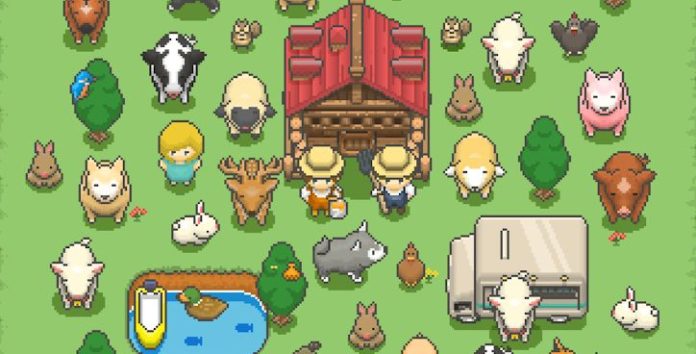 Pixel Farm aka Tiny Pixel Farm is a cute little farming game that’s extremely relaxing and competitive at the same time. And we’re here to share with you a complete Pixel Farm cheats and tips article – a strategy guide that will help you get the most out of this game and take it to the next level.

Pixel farm is extremely simple in concept and there’s not much in terms of strategy involved in playing it, but it somehow manages to keep you glued to the screen, tapping buttons, getting new animals and trying to make more money. It’s a game that will eventually lose its appeal – when you unlock everything, but that’s still a long way ahead in most cases.

And we’re here to help you get better at it – so let’s not waste any time and instead let’s check out some Pixel Farm tips and tricks below.

Keep cleaning those weeds
There seems to be complete chaos over the farm, and you should contribute to it by always cleaning up the growing weeds in the areas you haven’t unlocked yet. They will constantly generate coins and XP points for you and even though later on those won’t matter that much, for a long while they will prove to be extremely helpful. 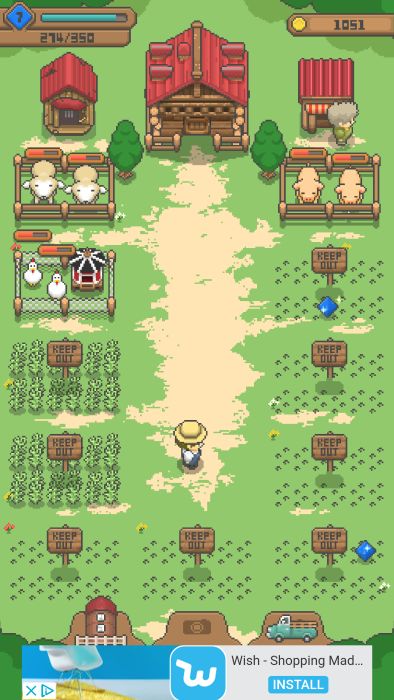 Don’t forget that leveling up is the only way to unlock new items in the game, and you earn a lot of experience in the long term by simply cutting all those pesky weeds that keep on growing back. Also, don’t forget to actually tap the items that appear as for some reason they are not automatically collected – so if you don’t tap to collect them, they’re lost.

Don’t forget to stock up on food
Your animals will be fed automatically, but you will need food in your silos for that to happen. Don’t forget to tap every now and then the silo icon at the bottom of the screen and swipe over those crops to fill it up.

You initially start with just 30 slots of food, which won’t be enough after unlocking 8-10 animals, so you should invest in increasing the storage space as soon as you have the option – and the money to do so in order to be able to spend less time harvesting crops for your animals.

Play the truck minigame
The truck minigame can be easily forgotten about and it took me a while to actually understand how it works. It’s a pretty smart puzzle, actually: you roll the dice (you get a free one every 10 minutes) and move on the board based on the number you have rolled.

The spot on the board you land on after making the last move is what matters – so try to move in such a way that you end up over one of the bags with your final move.

Check back here every 10 minutes in order to get a new dice and keep on collecting the goodies there – they’re extremely helpful, especially early on in the game when everything seems to be very expensive.

New animals don’t mean better money
If you’re looking to make a lot of money in Pixel Farm, then getting the new and expensive animals isn’t necessarily the way to do it. This happens because your older animals are actually leveled up and most likely producing more money than a newly unlocked one would. 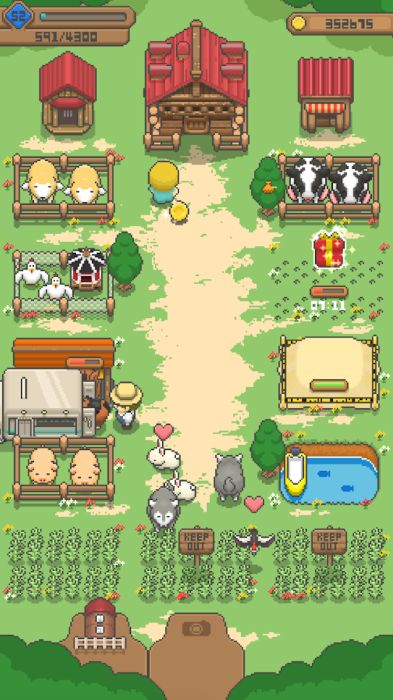 However, if you’re all up for variety, having all animals on your farm or you just like one better than the other, simply go for them. But if making money is on your mind, remember that the early animals still make more than the newly unlocked ones.

Collect everything
I was saying earlier that it’s complete chaos in this game and I stand by my words. Although this is considered an idle game, there’s no idle anything about it as you will have to constantly tap items and crops and collect stuff – being away only rewards you with a few coins based on what you already have in the store.

So keep on tapping on everything, from the animals that roam your farm (when there’s a heart icon over their heads), to the weeds growing everywhere and your farm animals, when they’re ready to collect from. You will be busy at all times!

Set your own goals and play to get there
There’s no real goal or challenge in Tiny Pixel Farm, so it’s best to set a goal for yourself and stick to it. It could be something like unlocking and owning at least one of each animal in the game, reaching a certain amount of money or any combination you see fit.

The game will eventually lose its appeal after you’ll have all these goodies unlocked, but it will keep you busy for a long time before that happens. I’m still playing and I still enjoy it a lot, for example!

These would be our tips and tricks for fellow Tiny Pixel Farm players. If you have extra tips and tricks to share or strategies that help you progress faster than the rest, don’t hesitate to let us know by commenting below.