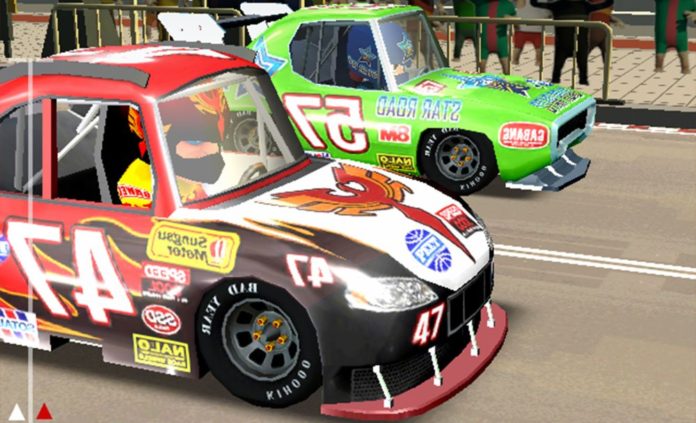 I installed Pit Stop Manager because I saw it recommended in my Play Store feed. I was surprised to find out that it’s actually an idle game where you have to keep on tapping in order to keep winning. A nice approach though with great graphics, and after days of playing the game, I am here to share the knowledge and give you some Pit Stop Manager cheats and tips.

A complete strategy guide that will cover all the basics and help you get the most out the game. So if you want to keep on winning, keep on reading! Here are Touch Tap Play’s Pit Stop Manager tips and tricks!

Tap the car
Tapping the screen will make your vehicle move a lot faster. However, you must tap right over the car or around it in order to actually get the benefits from tapping: tap too low and your taps won’t matter!

Pit stops make you a ton of money
When in practice mode, going to a Pit Stop earns you a ton of money – much less than completing laps does. So a good strategy would be to keep the game running, with your device plugged in and look at the screen every now and then to send your vehicle to the pit stop. This way you will earn tons of money easily!

Go for trophies only when you can commit
Winning trophies is a matter of having the best car possible and all the upgrades unlocked. It’s relatively easy and a straightforward process, but the main challenge is the number of laps you must complete.

Only start a new trophy if you are sure you have enough time to actually complete all the laps, otherwise all your progress will be lost. And with challenges reaching over 100 laps later on in the game, you do need a lot of time!

Note: You can exit the game during a trophy race and return to continue from the point where you left, but in order to do so you must no force quit the app (remove it from the apps running in the background).

This might vary from device to device and it even stop working if you spend too much time before getting back to the game, so make sure you test it with a trophy early on not to lose a lot of progress if it doesn’t work.

Keep an eye on the Crew Teams, though, as eventually you will get to a point where upgrading the sponsor makes more sense than waiting to get enough XP for the next vehicle. Just look at the prices: when buying a new Crew Team costs less than a new vehicle, get the Crew Team. Otherwise, get the car!

Watch ads for extras
There are a ton of options for you to watch ads in order to get a lot of goodies, from tons of regular currency, to the dollars you get to spend on buying the upgrades that stick with you after you prestige and even premium currency. Take advantage of these offers and watch as many ads as possible in order to

Upgrades & Crew Teams
There are two types of upgrades in the game: those that get unlocked when you buy a new car (or new crew team) and those bought with a special currency and stick with you even after you Prestige.

The game is made in such a way that you can’t really focus on a single upgrade type, so you will have no chance than to get them all to the same level until you can afford the increased costs. Go for the car upgrades first since they are easier to get and cost regular currency, but try to focus on getting just enough dollars to get as many Special upgrades as possible because these stick with you even after you prestige.

These would be our tips and tricks for Pit Stop Racing Manager for now. We’ll get back soon with more details about Prestiging, Materials and other more advanced features. If you have extra advice for fellow players, don’t hesitate to leave a comment in the comments section below.